Yes, there has been work on the eternal table runners, 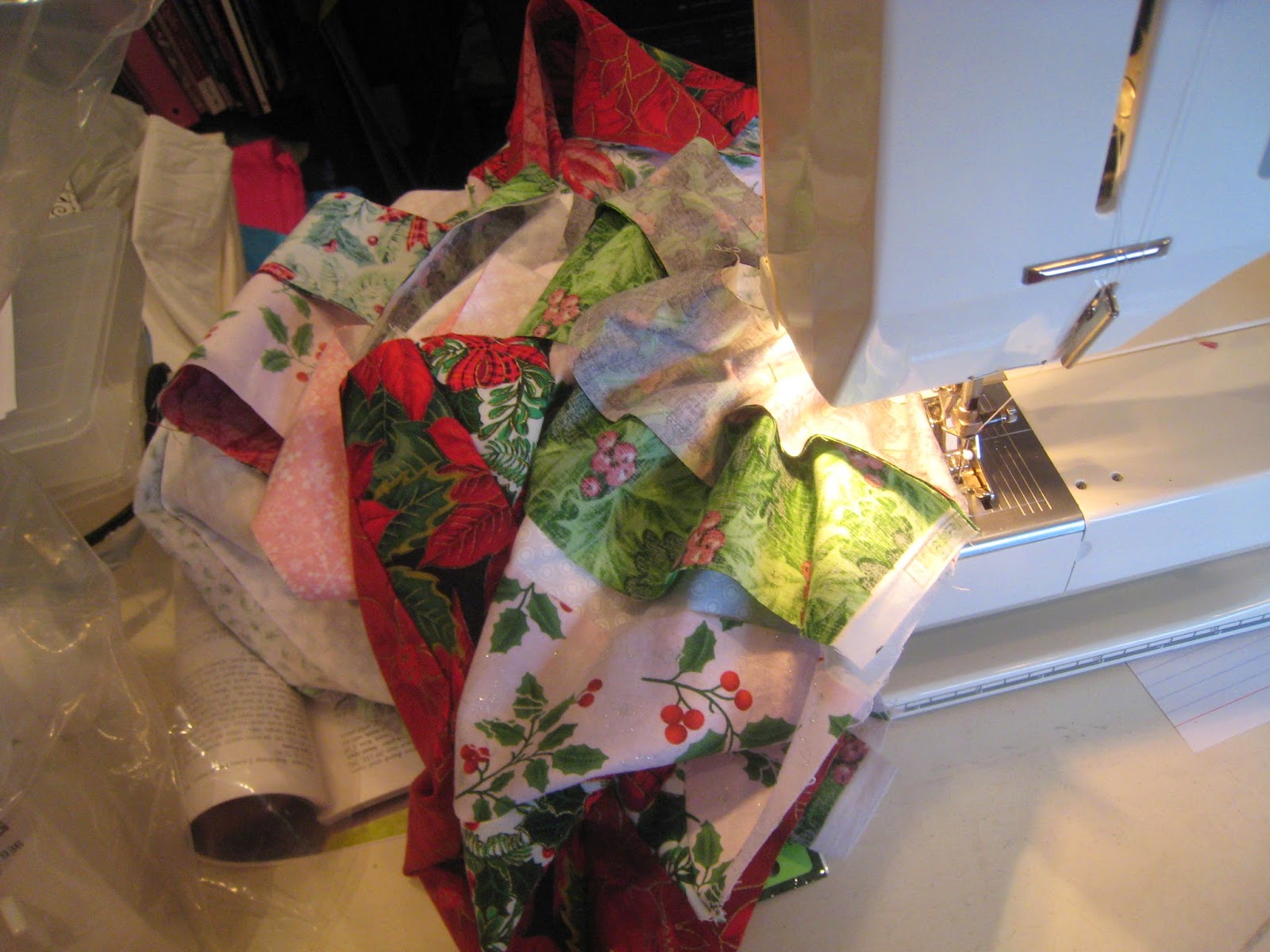 but no, it doesn't look like it.  Did I say knitting was slow?

Yesterday I signed up for one of the teams for Mad Dash 2015 in the Stashdown Group on Ravelry.  I believe this started with some wildly ambitious knitters who set out to knit 12,000 yards in 6 weeks (February 15-March 31).  As I have had YEARS when I haven't knit that much, I've never been remotely tempted to join in, but it's always fun to cheer for knitters crazier than I am.  However, now there are TEAMS, so I have committed to 3,000 yards in 6 weeks--probably more than I've ever done in 6 weeks, but not totally crazy--though, perhaps, mildly.  So this morning, while Theo kept an eye on the neighborhood, 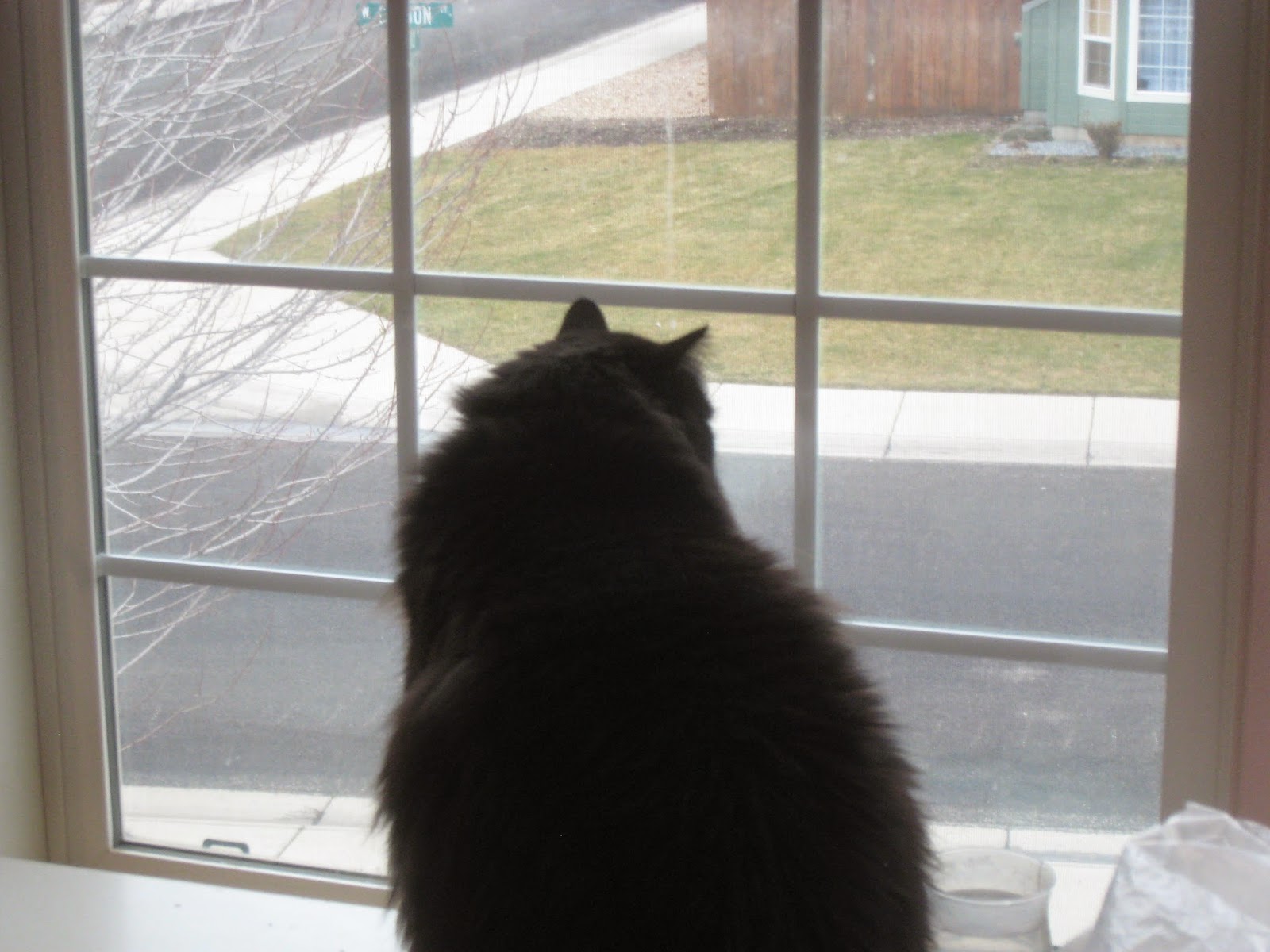 I sorted through a bin of worsted- and aran-weight yarn that might have moved just outside the sewing room door without ever moving back in....(Ahem.......) 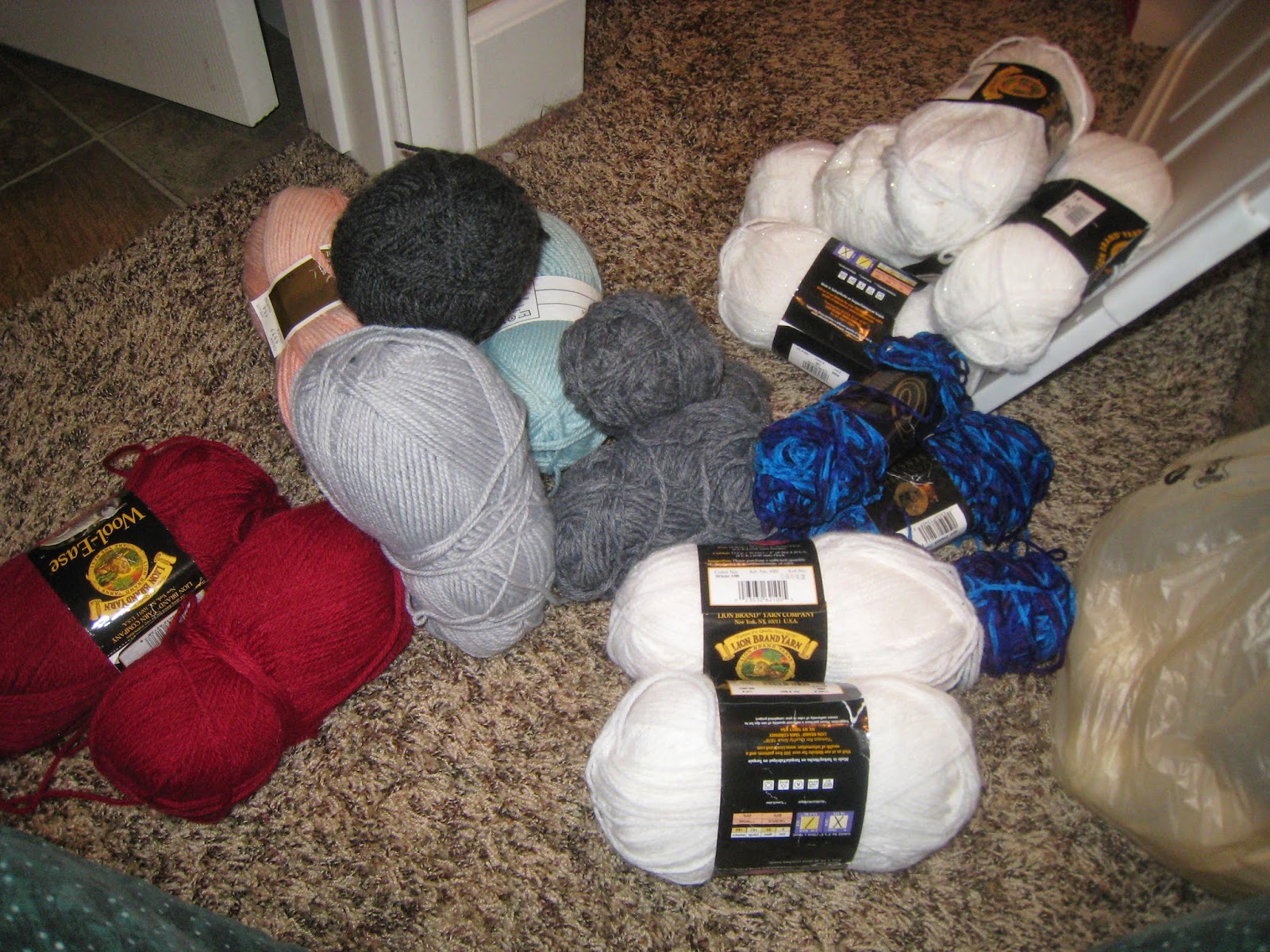 This is actually yarn that mostly wasn't on my Ravelry stash page until we redid the sewing room a few years ago, and it turns out that there are a few problems with updating one's stash while on pain pills.  I discovered I had two skeins of this 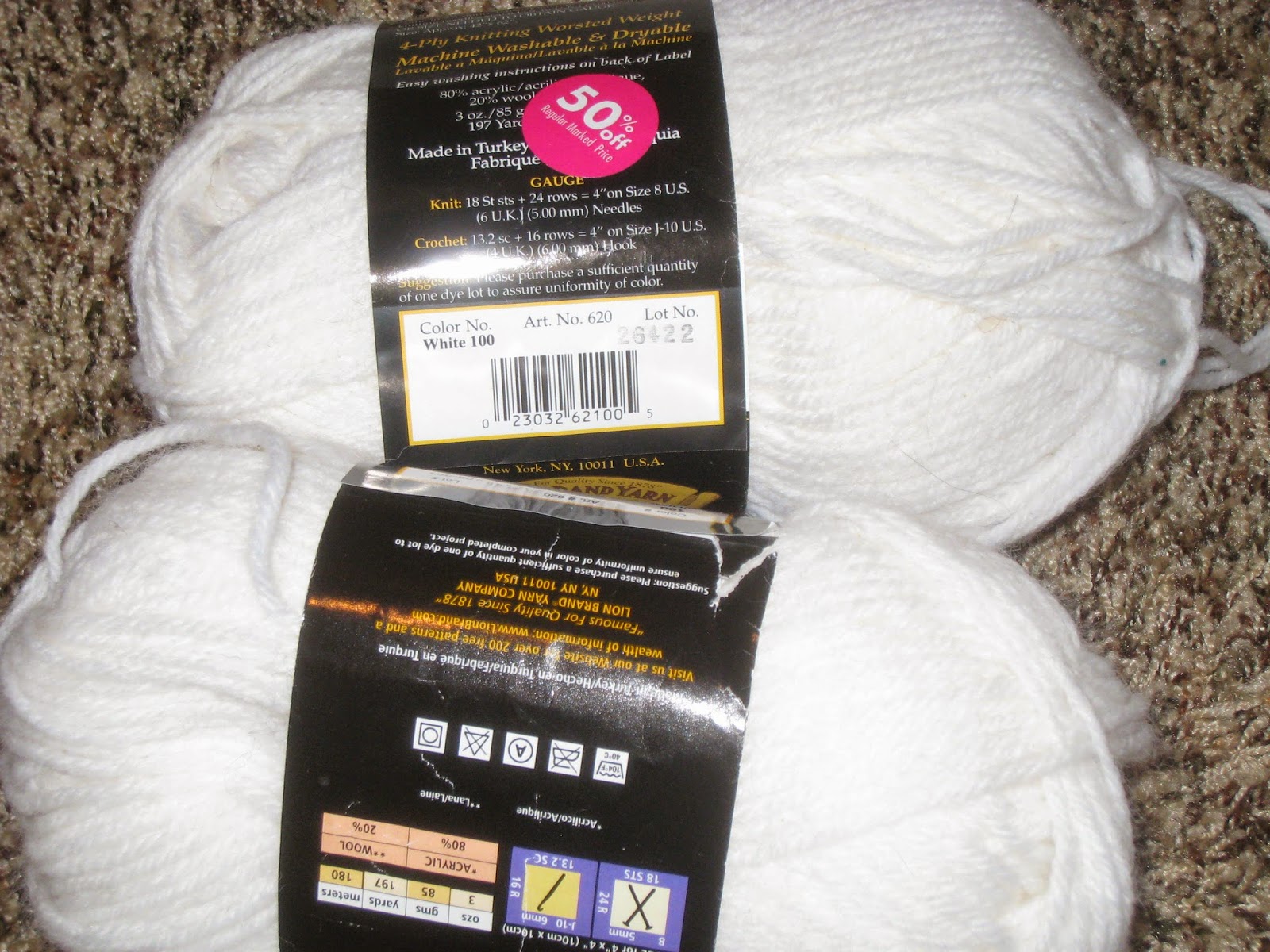 instead of just one (which makes it MUCH more useful and means I have enough yarn for a scarf), but a blue chenille yarn was listed incorrectly, so I have less than half the yardage I thought I did.  So, up one skein but down some yardage--not bad for doing nothing.  And I set aside enough yarn for scarves and hats, 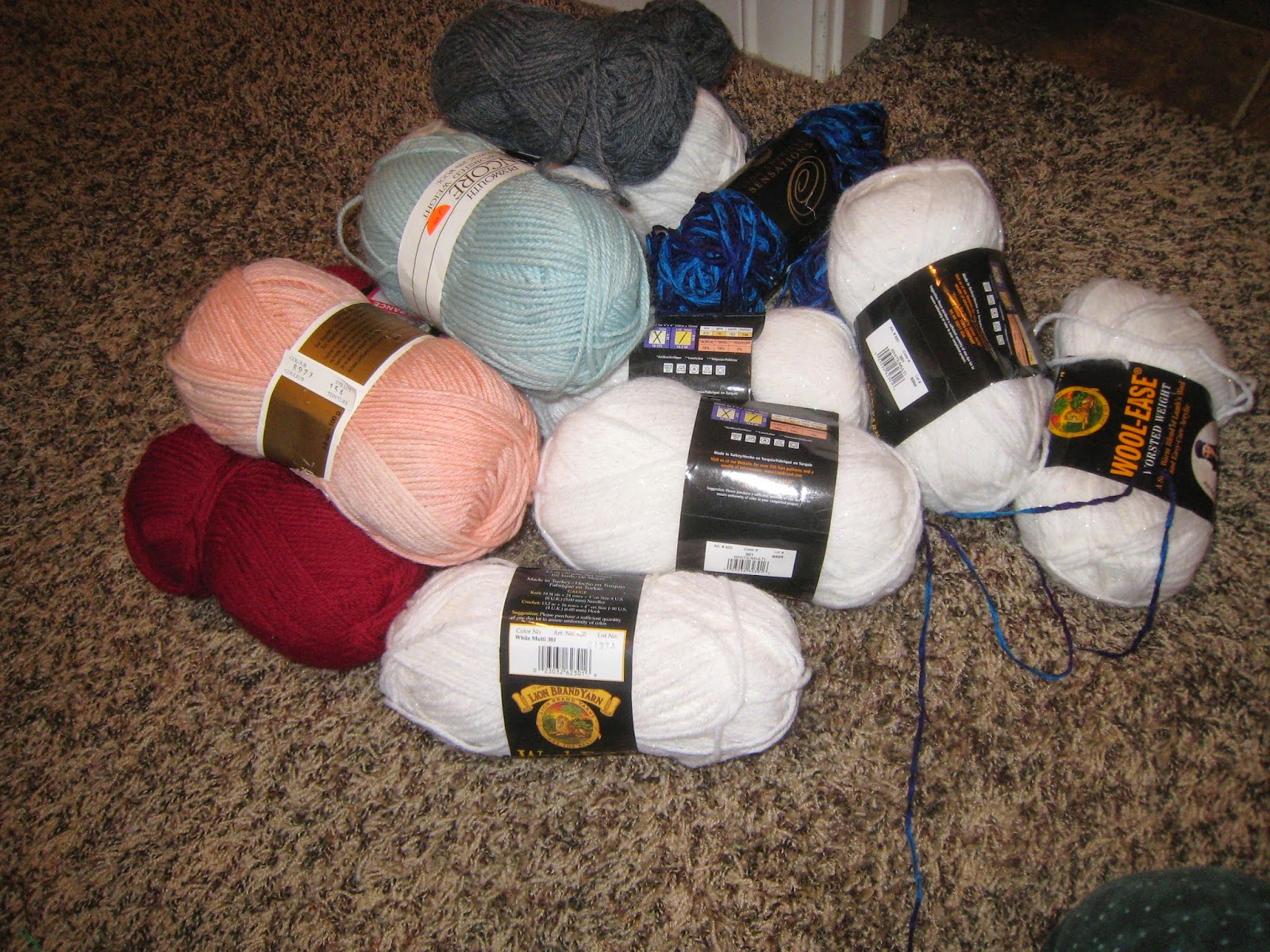 which would bring me to 2000 yards AND half-empty the Rubbermade tub.  I have a bulky-weight sweater that would use up 1200 yards if I got it done which might make up the difference for me, or I might try matching projects to a few more balls of yarn in that bin to get closer to emptying it. So I could use it for fabric........Oops.