There have been a LOT of table runners on this blog in the last year, but if you think that means I have this great stockpile of gifts all set and ready to go, you would be wrong. A lot of them have already been given away and only a few--if any--will still be around when Christmas 2015 rolls around.  And while there are 5 red and white runners in progress, 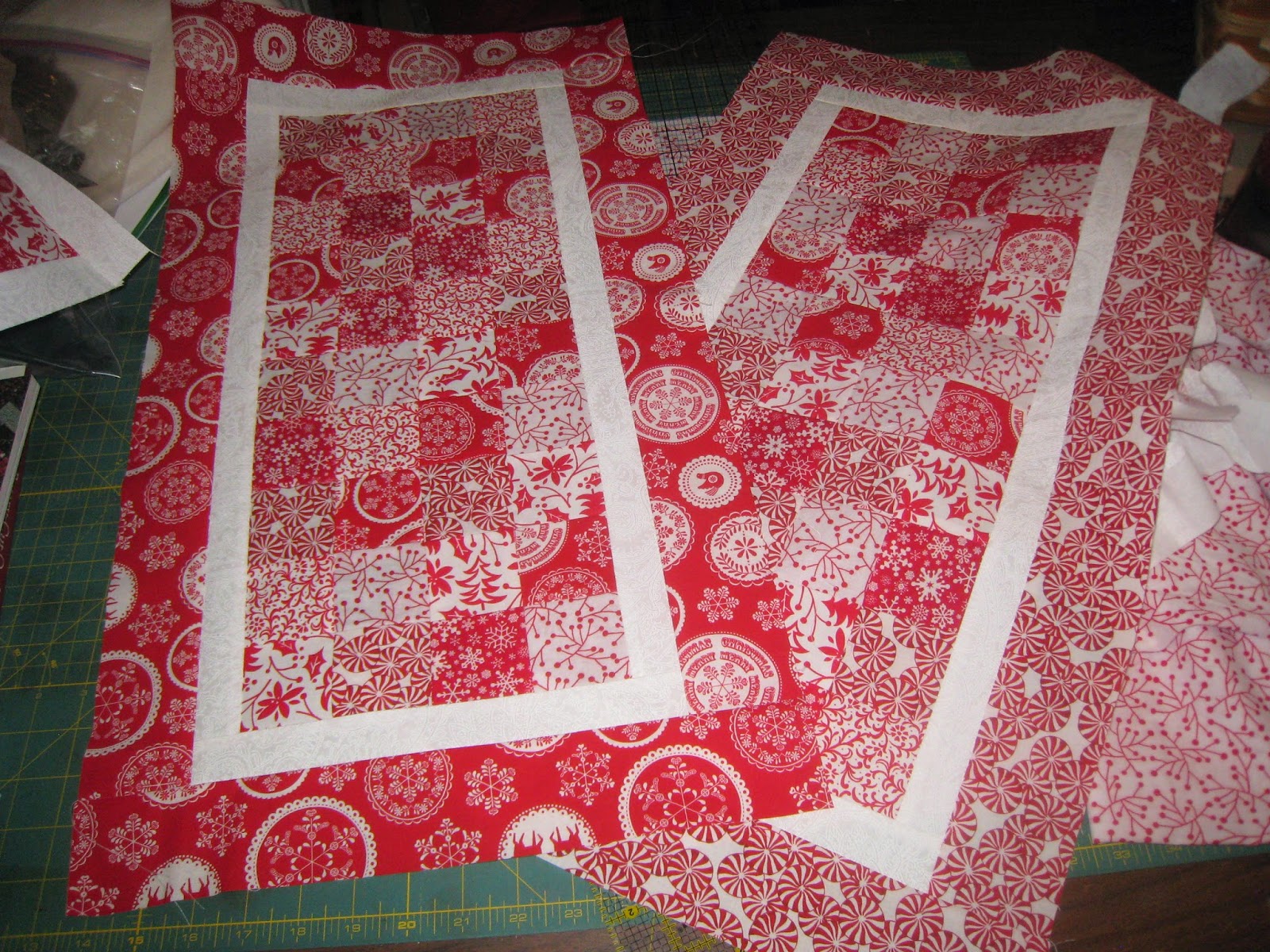 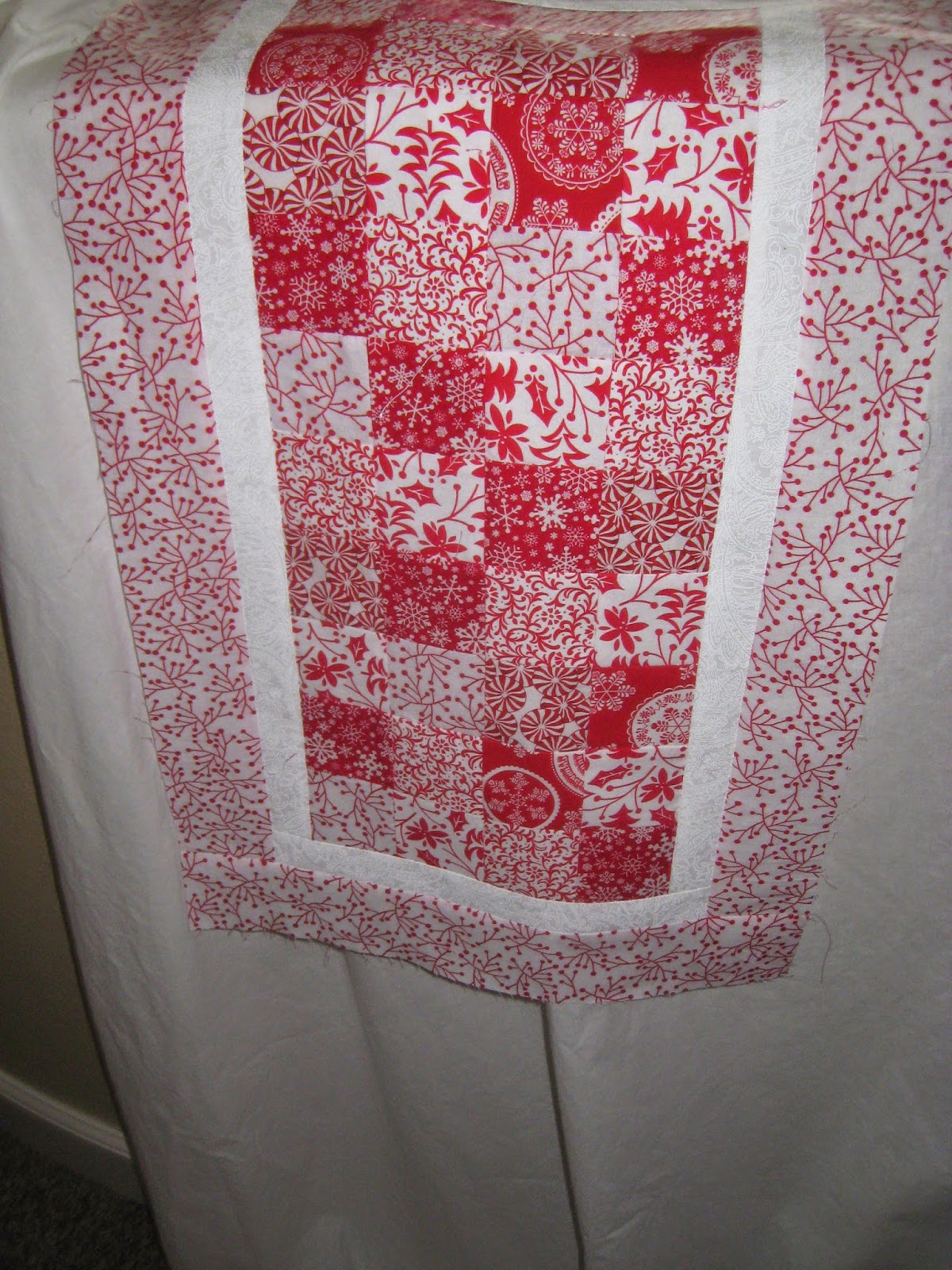 they aren't exactly whipping right along.  Three have all the sashing, and I have stippled my first project.  I used white thread, so I haven't been able to get a good picture of it, but you can take my word for it.  I had a few tension issues, I had to rip out a bit because I got the backing muslin folded over on itself at one point, and I can only hope a real quilter never sees the thing, but I'm good with all of that.  Free-motion quilting has been on my list to try for some time, and I finally got the courage up to do it!!!!!  There's still the binding and the other 4, but I tried free-motion quilting and I am NOT curled up in the corner sobbing! YAY!!!!!!!!!!  Let's just ignore that there are 4 more to go, shall we?

And speaking of projects that make me want to cry, 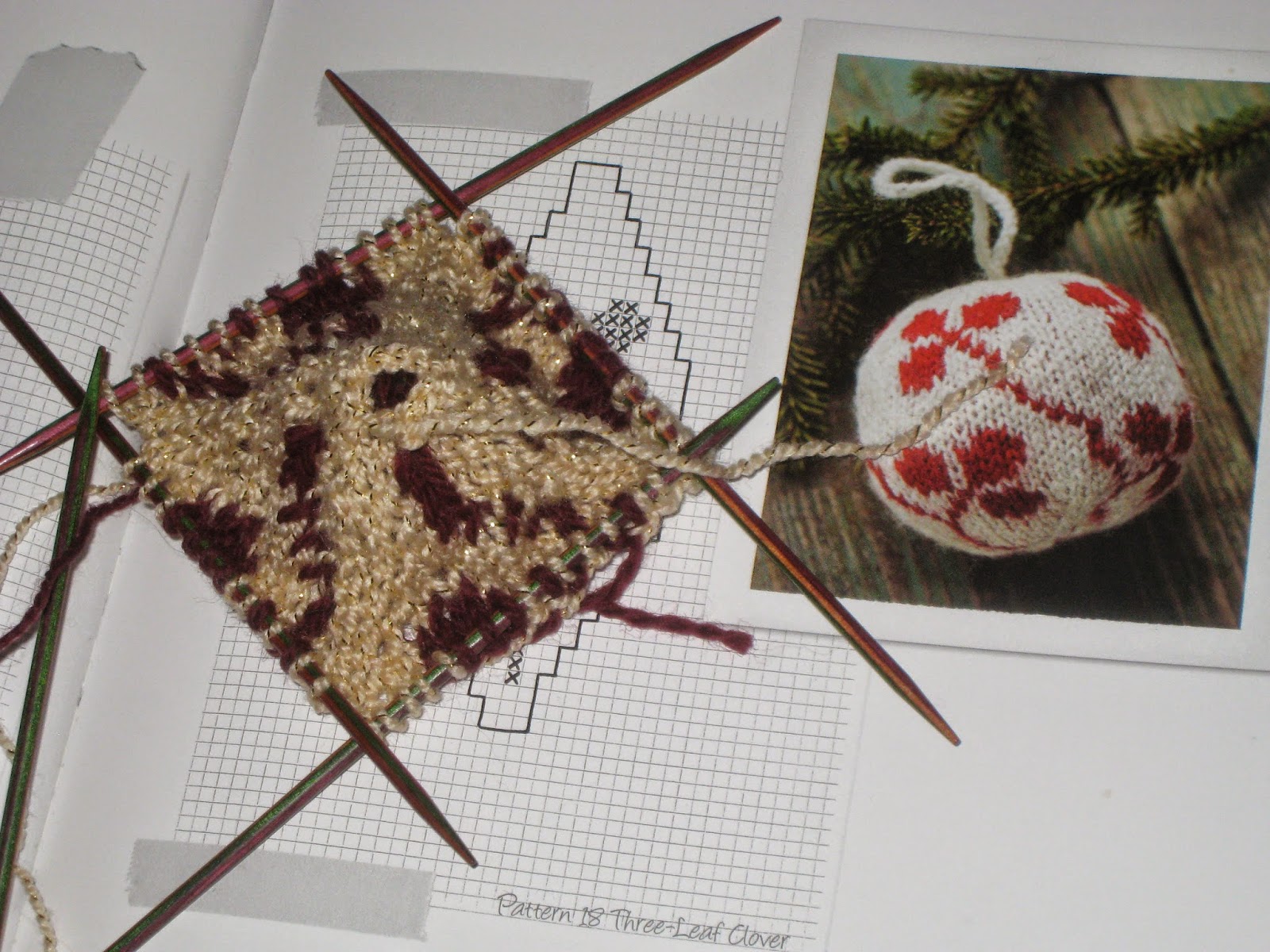 I finally got the newest colorwork ornament past the really horrible long-floats beginning and am into the fussy-but-bearable stages.  This is number 18.  Of 55.  Nobody gets these babies as gifts.  I am still optimistic about finishing all 55 at some point in my life, and in fact: 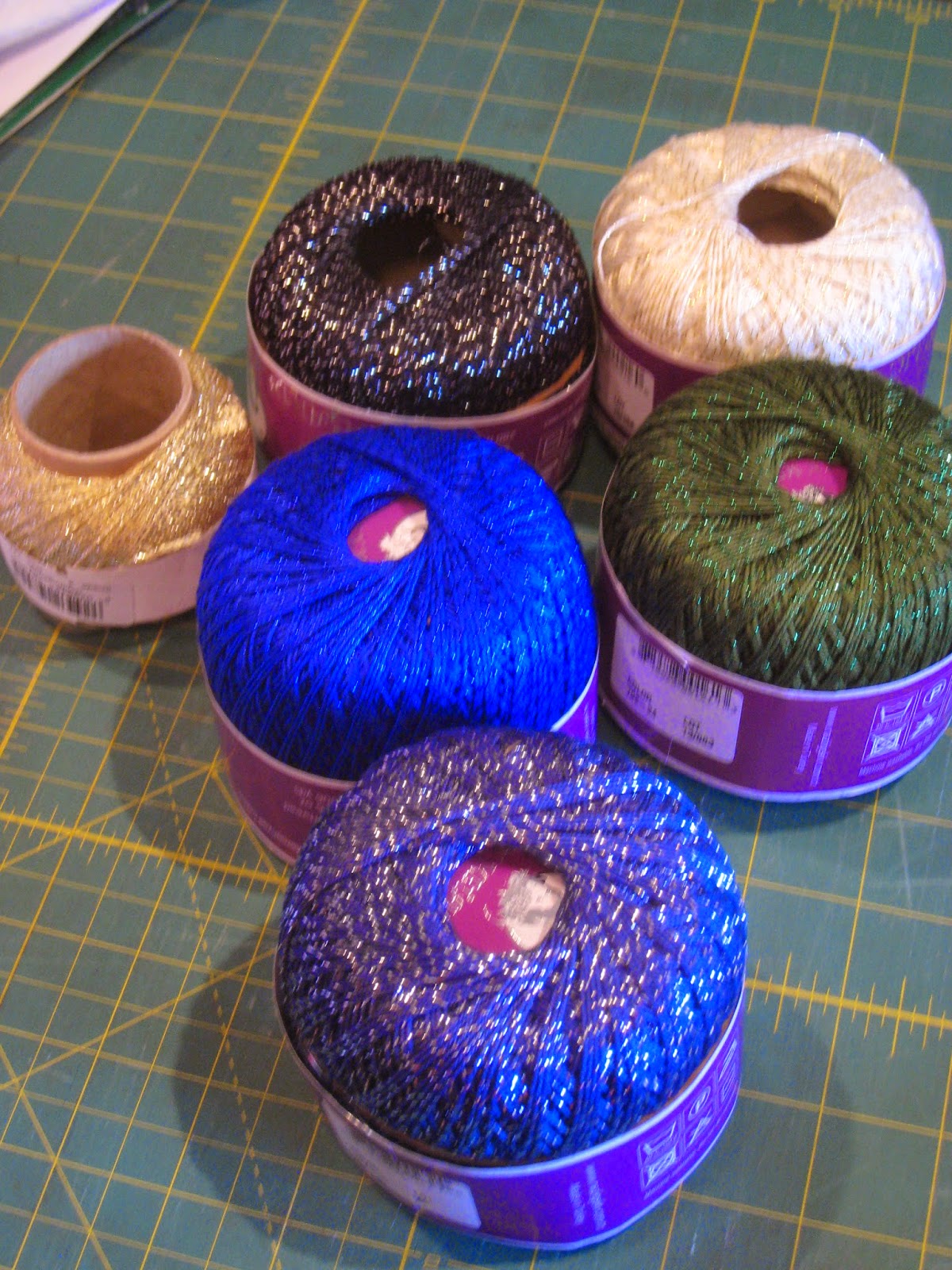 tracked down some metallic thread to use on them--as well as the kimono and felt ornaments.  It's size 10 crochet thread, so basically a lace-weight, but I think I'll be able to fudge things a bit to use them on the ornaments, and this will make it easier to use on other ornaments.  I ordered red metallic thread as well, but it is back-ordered and will arrive around the end of the month. More yarn deliveries!  YAY!!!!!!!!!!!!!!!!!!!