My last post was almost a week ago.  Wow.  At least everything has been good-busy since then.

Saturday we had tickets to the matinee of "Jersey Boys," which was FABULOUS.  And, 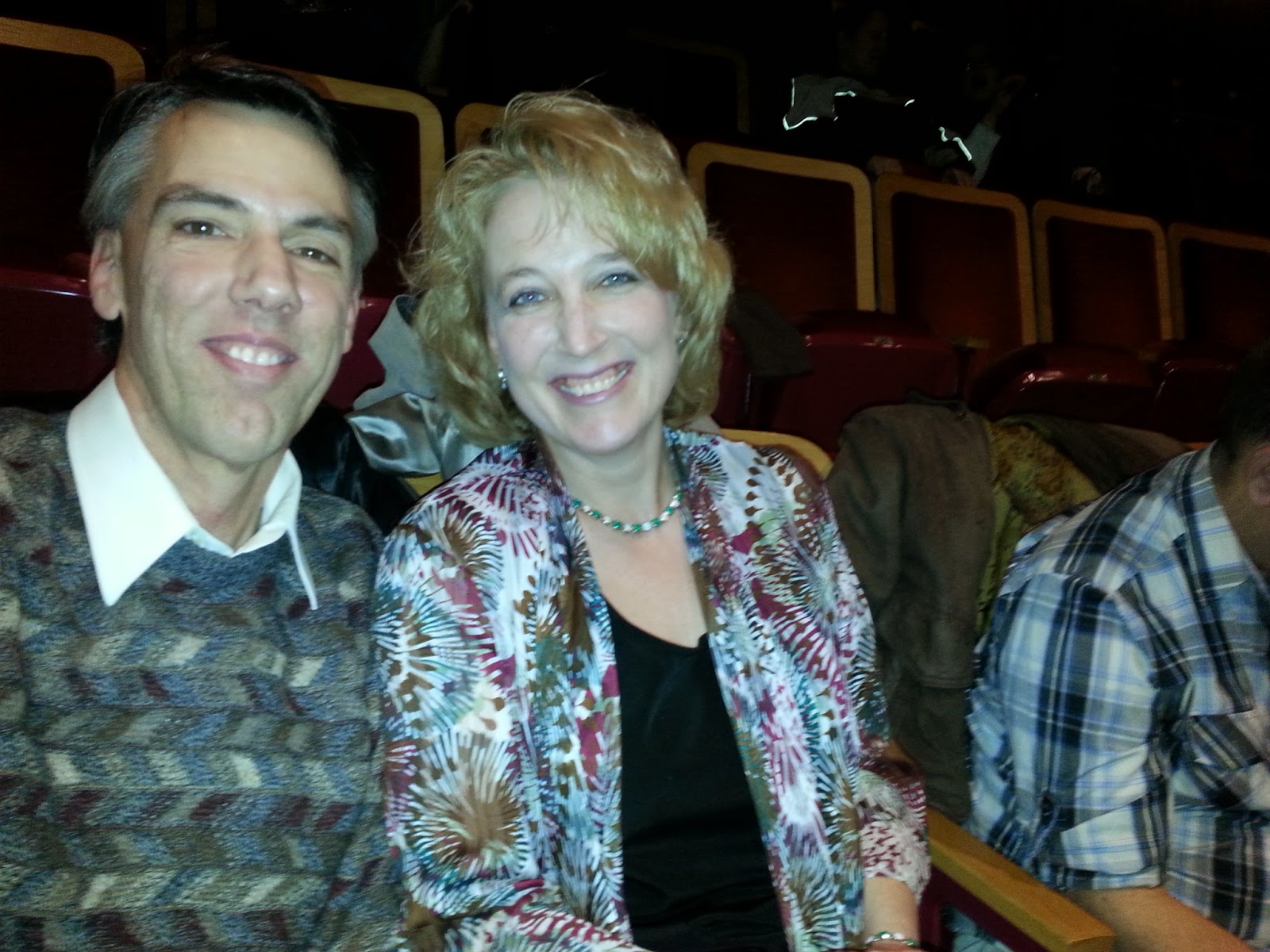 The show was wonderful--I just couldn't even begin to describe how much fun it was.  THEN we went from there to a "Tom and Jerry" party, which is a drink besides being a cartoon character.  You know how exciting it is when your friend marries someone you like because then you can truly enjoy being with both of them instead of just tolerating the spouse/significant other?  Well, in this case the party was hosted by one of my favorite marriages ever--I knew both of them independently and for a really long time before they ever got married.  When they got married it was fabulous and now they have two cute kids and the Tom and Jerry party is a family tradition dating back to at least his grandparents.  We've never been able to make the party before, so we were thrilled to get there and say hello.

THEN we had a holiday house concert party to get to.  I'm sure I've mentioned that we have a large group of friends who have taken up music.  Anyone who wishes to perform simply signs up and practices.  It's a very informal group and a lot of people are new to instruments, but it's the kind of group who applaud everyone for effort and never pay attention to missed notes or that sort of thing, so it's ALSO a terrific time.  Andy has formed a "trio" with the host and her sister (which sounds strange but isn't), and every year they pick a song and practice at our house.  This year was a guitar trio, 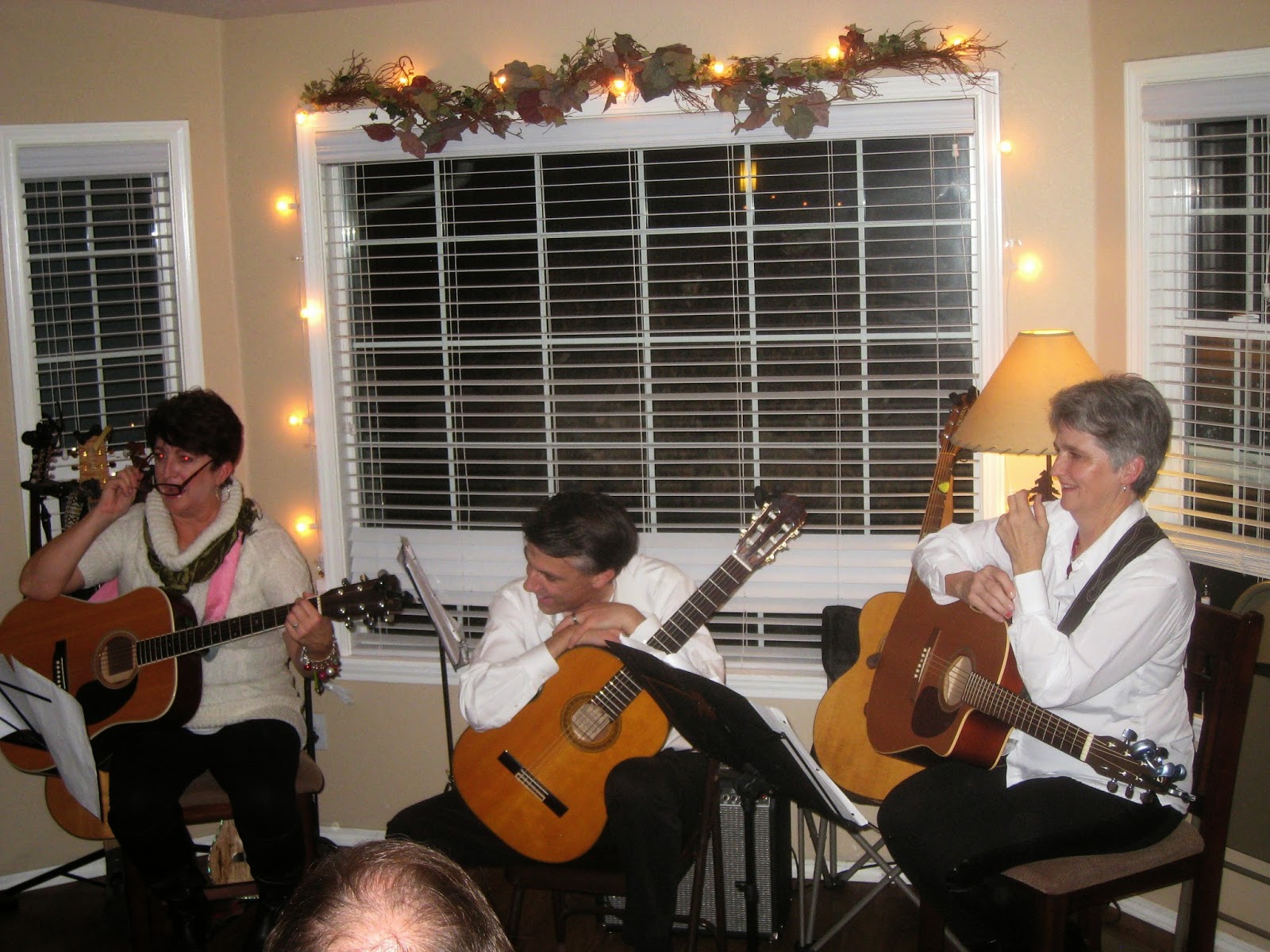 and they did REALLY well--in my completely unbiased opinion.  I've missed them practicing this week.  We all have a cup of tea, chat and laugh, and then I go upstairs to work on whatever with a live music background.  Hello!  Who wouldn't love that?

THEN the next day we drove out to visit some friends who make their own wine and needed to sample this year's harvest.  Again, I had known both of these people before they ever got married, so again just fabulous people who are a joy to be around.  Fun, fun, FUN weekend.

Monday, of course, I was pretty much flat in bed on the heating pad, but it was totally worth it.  :)