Having reached 99 projects with just under 2 months to go, last night seemed like the perfect time to start a really time-consuming project, so 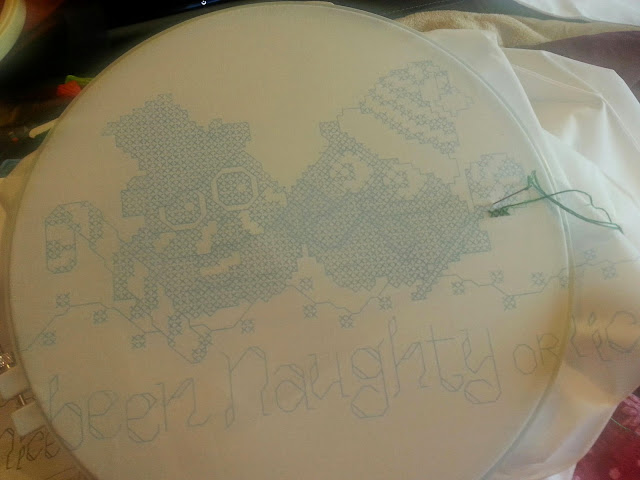 I have started a new set of Christmas pillowcases--for next year, obviously.  I'm stupidly optimistic, but not completely insane.  There is still this 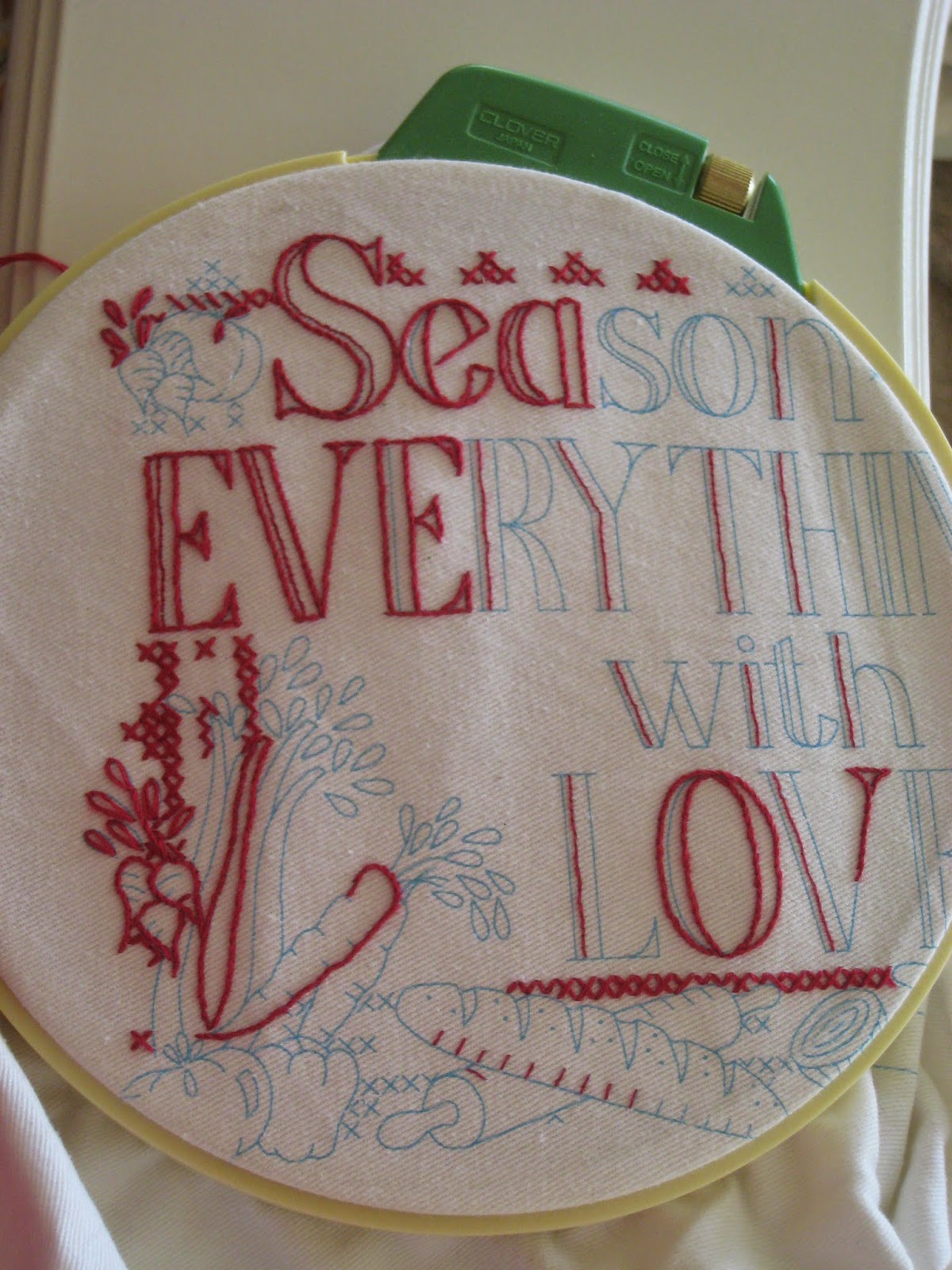 which is progressing, but since most of it is outlining, it gets a bit boring.

Today I got to the sewing room early, but not as early as some, 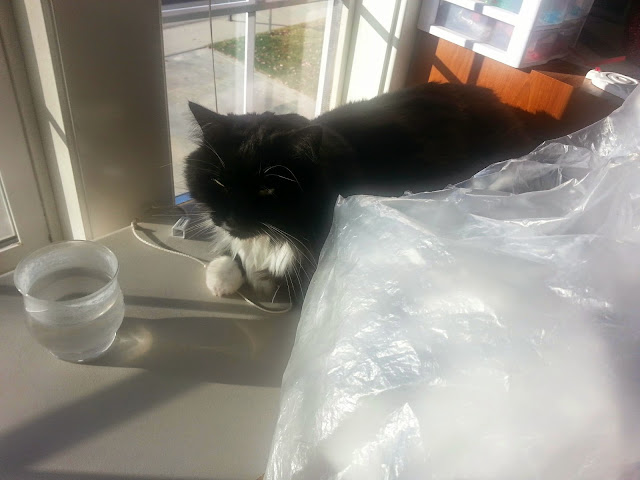 and for a while, we were doing fine.  When I cut out the fabric for the two ribbon bags, I actually cut enough fabric for FOUR, but thought the other two pieces could become table runners.  Starting with the green organza, 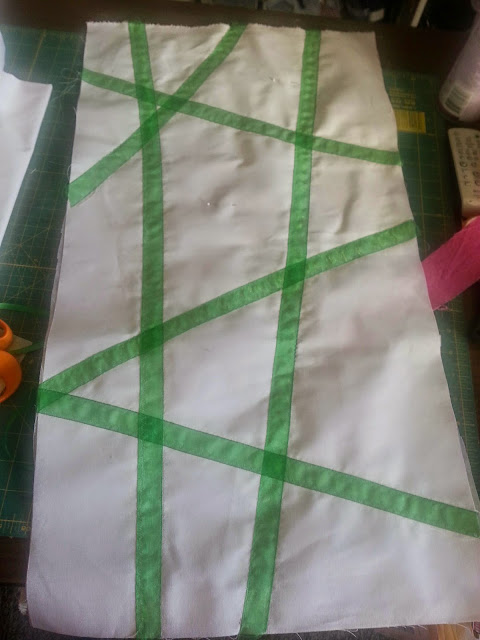 I got quite a bit done and stopped to decide if maybe I should just leave it as it is.  Theo votes yes, 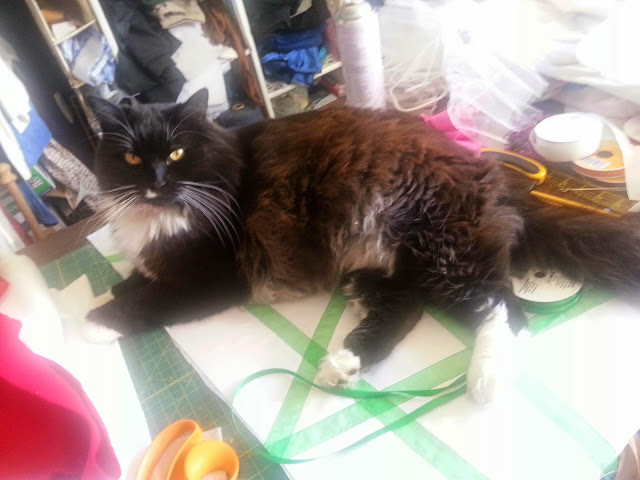 though his taste is often as questionable as his views on "helping:" 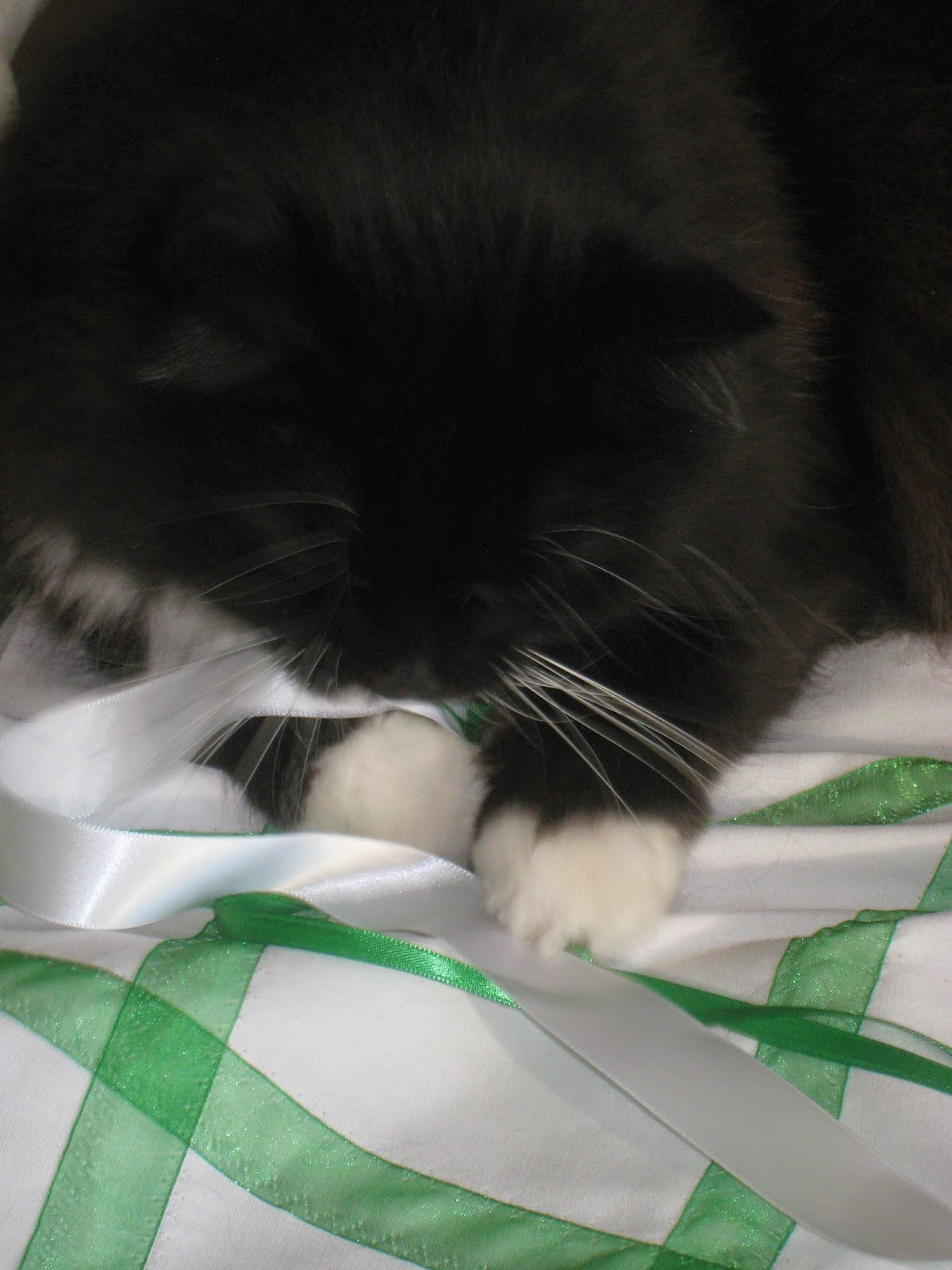 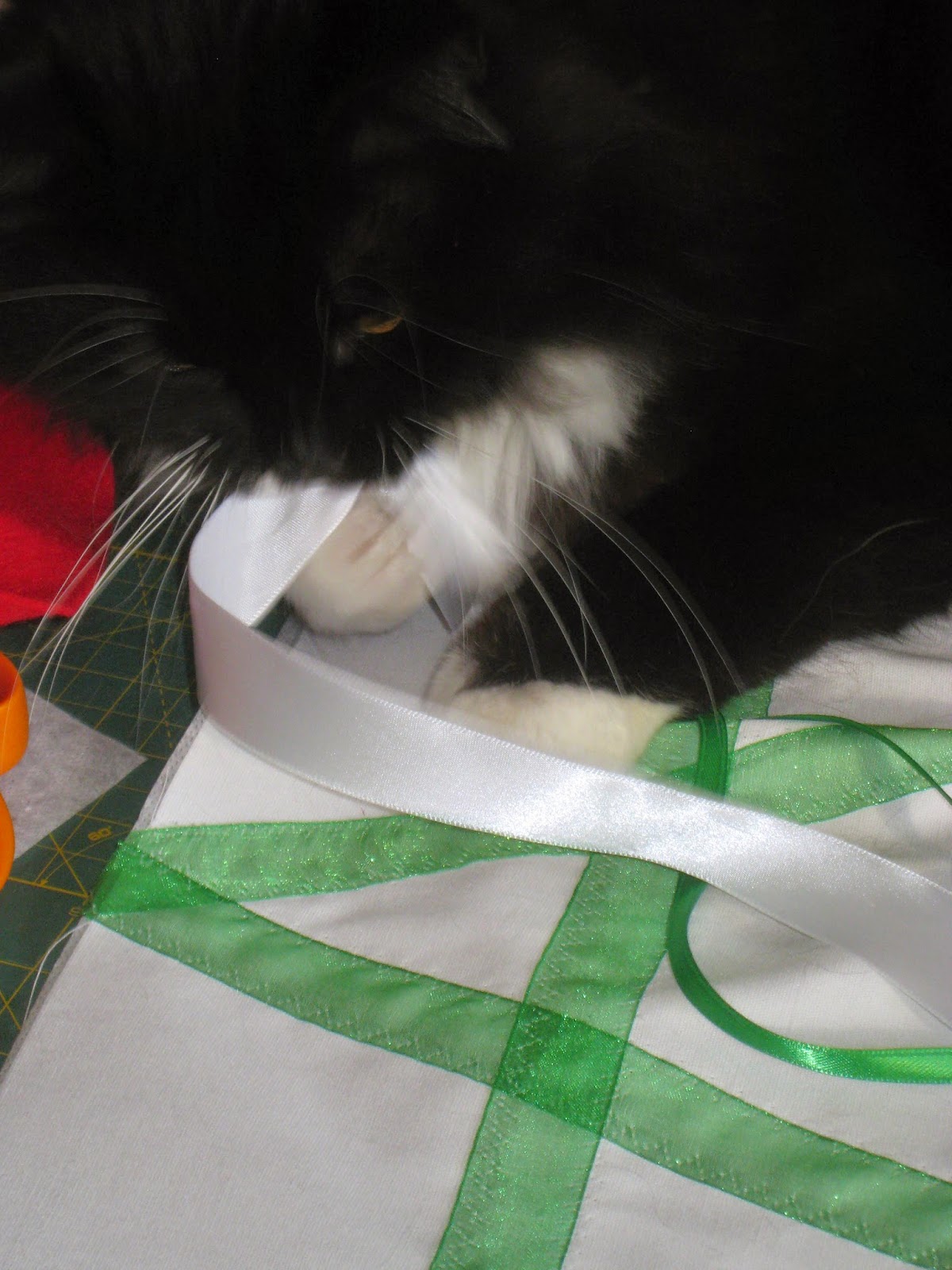 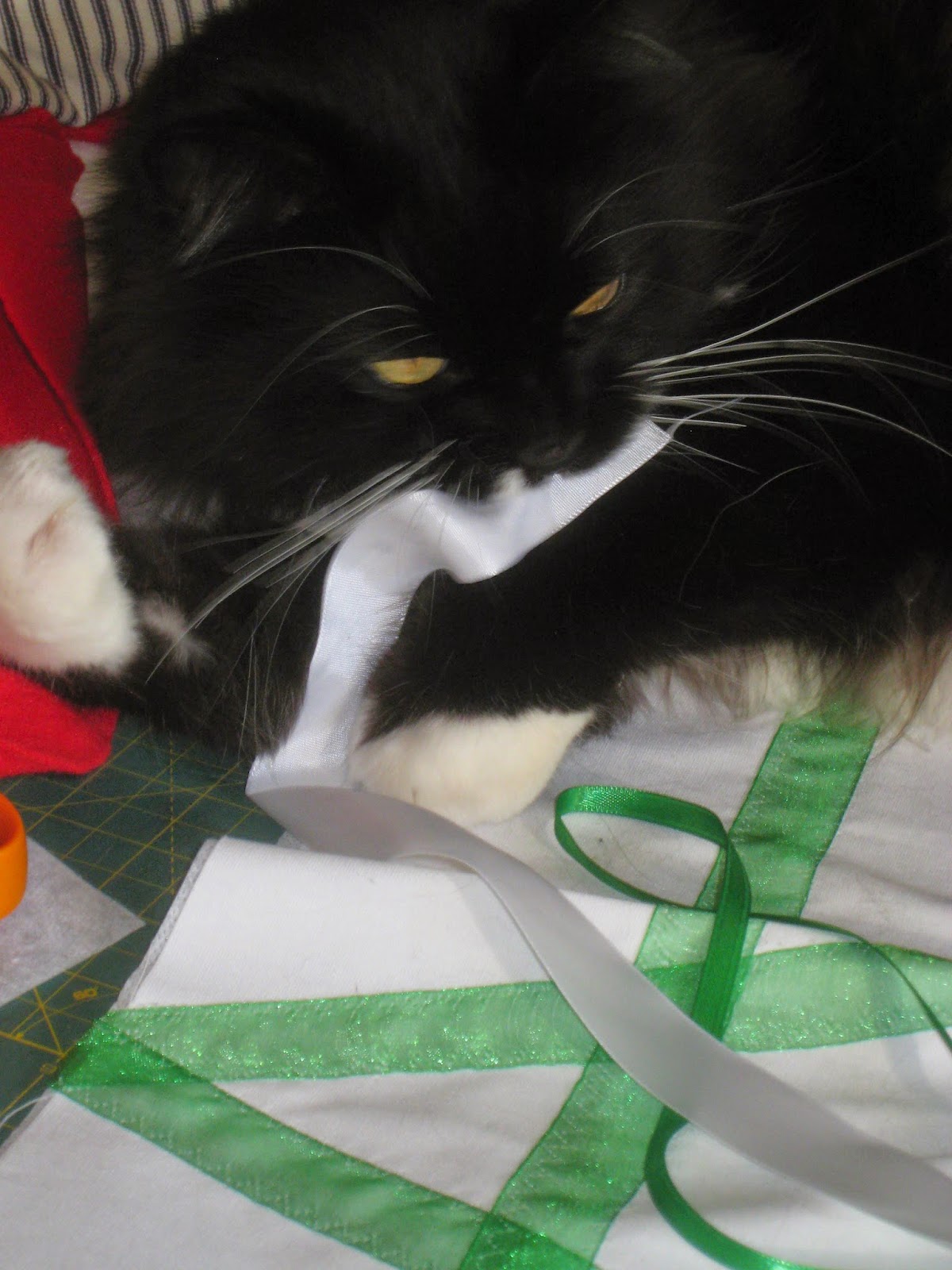 So I think the white ribbon is out.  And someone is sulking 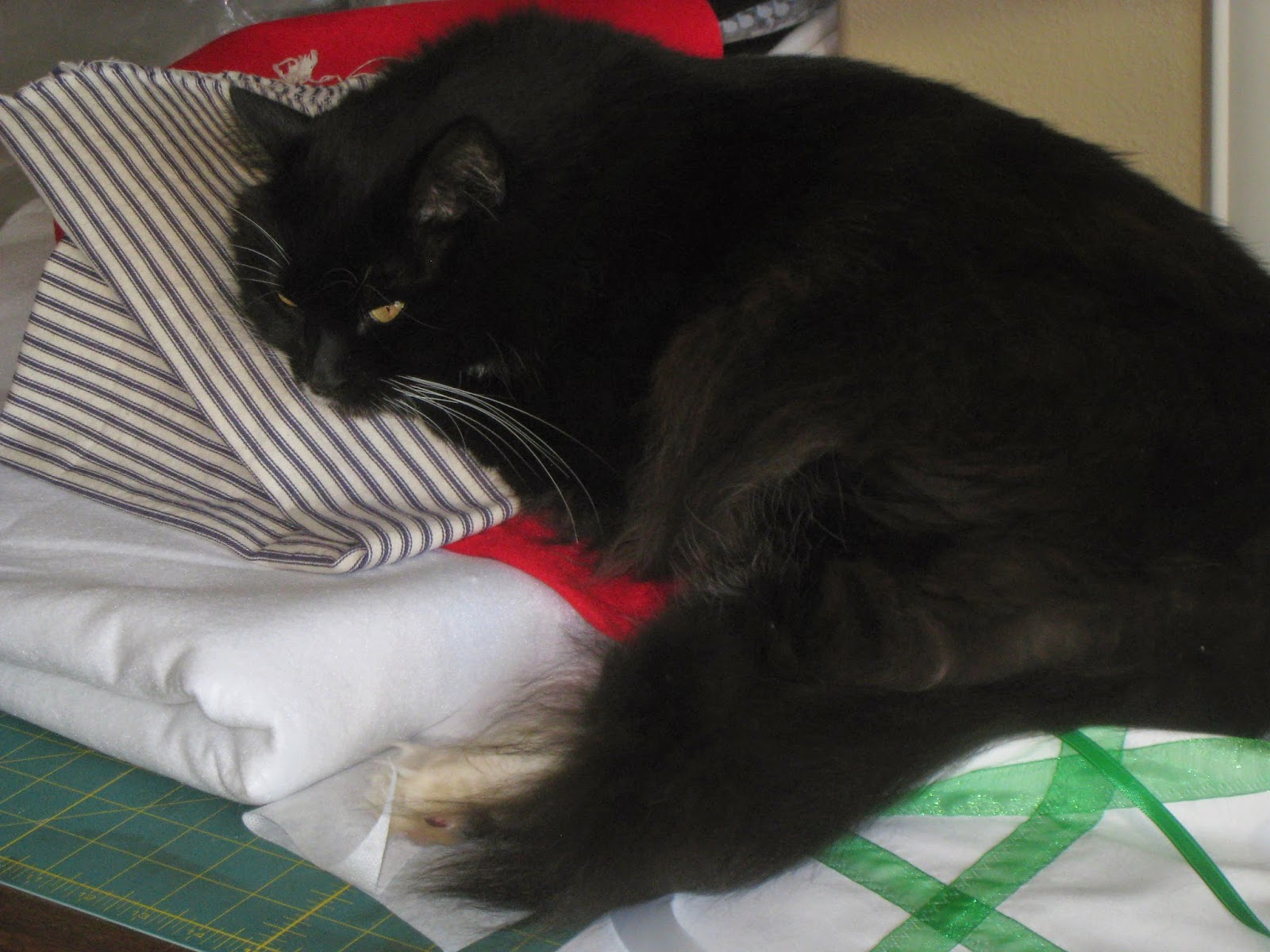 now that what's left of the ribbon has been rescued.  The hardships this poor kitty faces every day........