Okay--even I have admitted that I won't finish the month at 50 finished projects.  I'm an optimist....and a pretty deluded one most of the time....but I need 7 projects in 5 days when we have plans for most of those days does seem a stretch--even to me.  However, the second beaded scarf 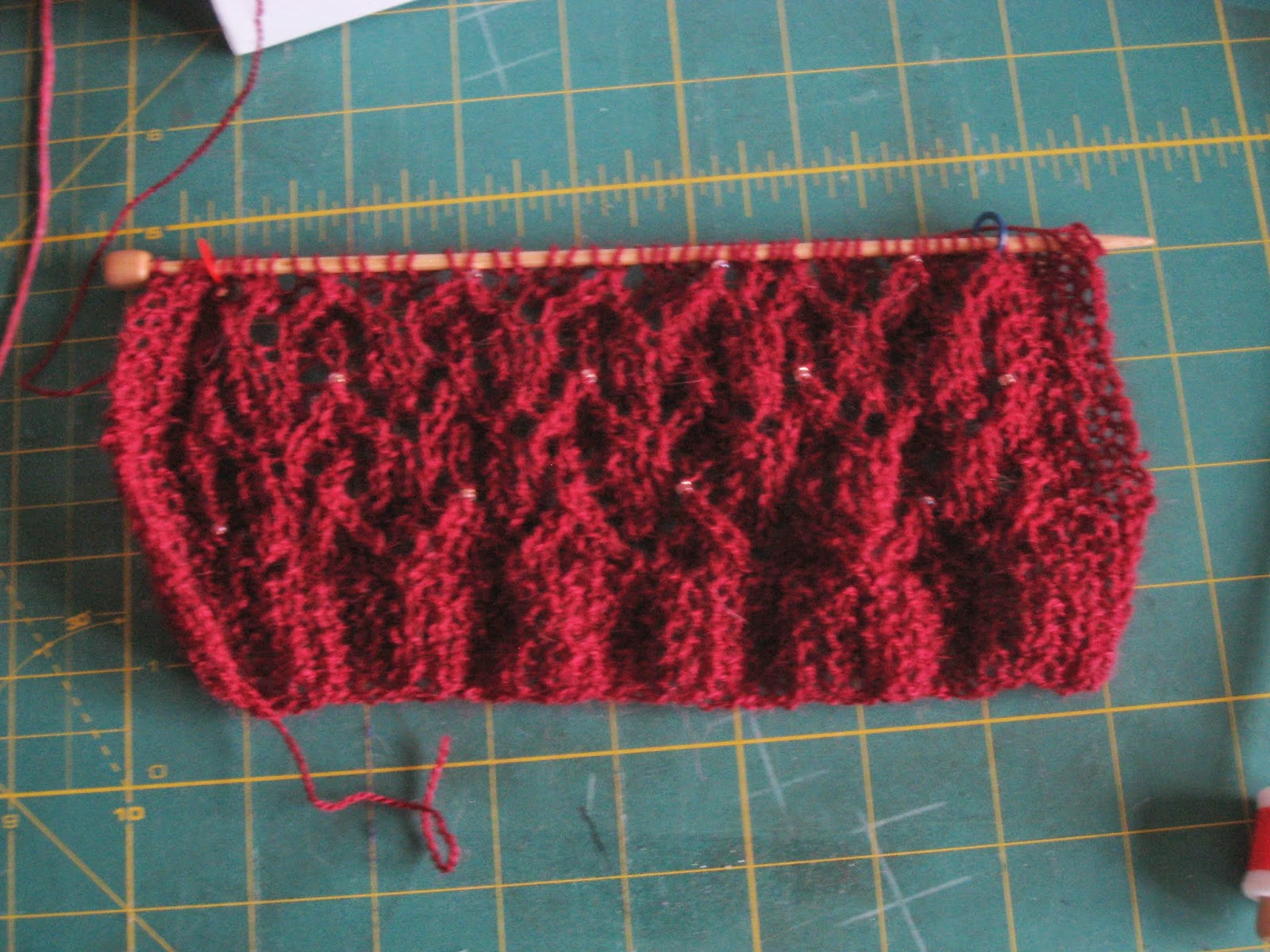 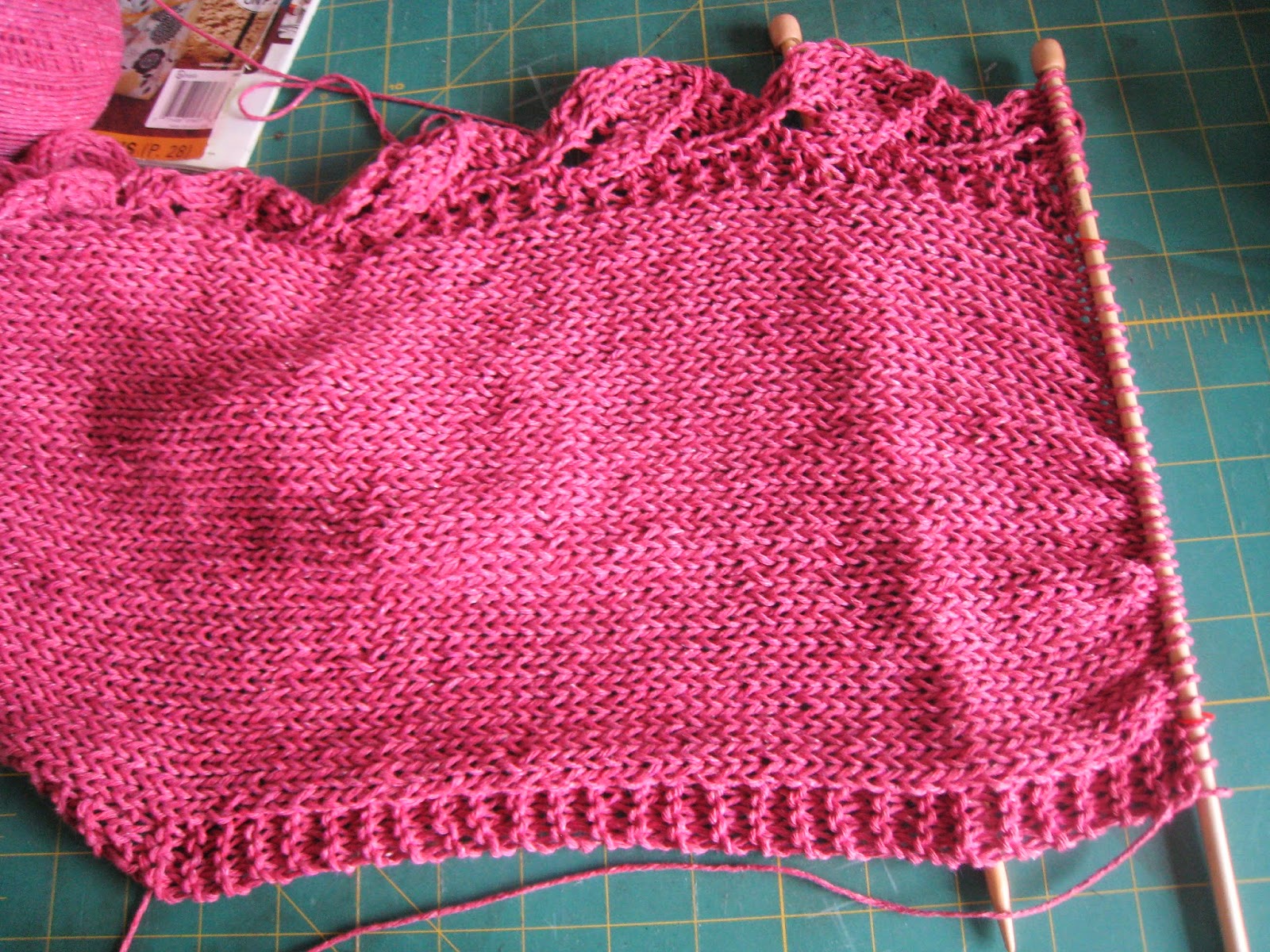 which is on size 10 needles and is currently half finished and has at least some chance of being finished object 44 before the end of the month.  I'd still be behind, but not quite as far.  These things matter, 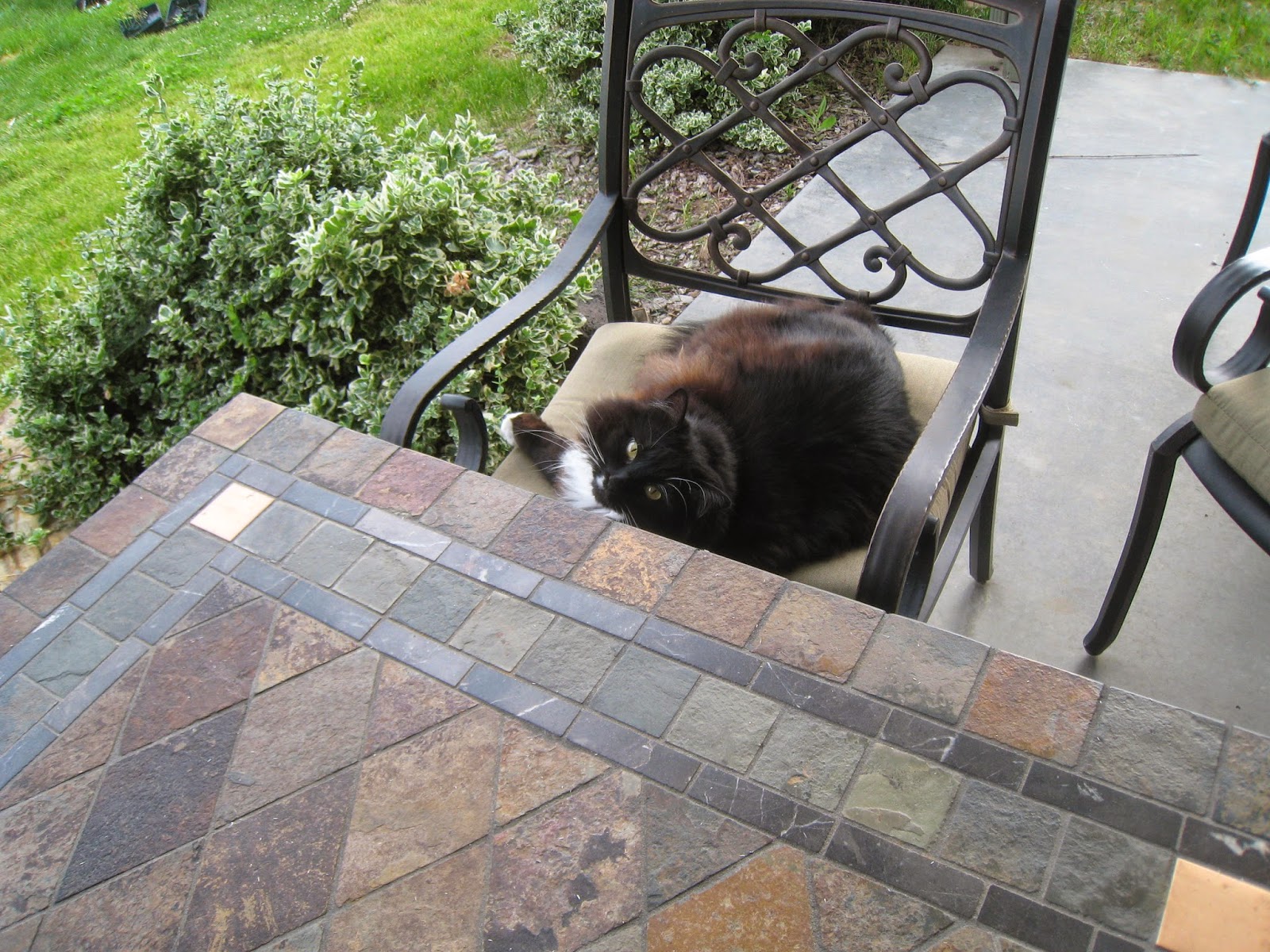