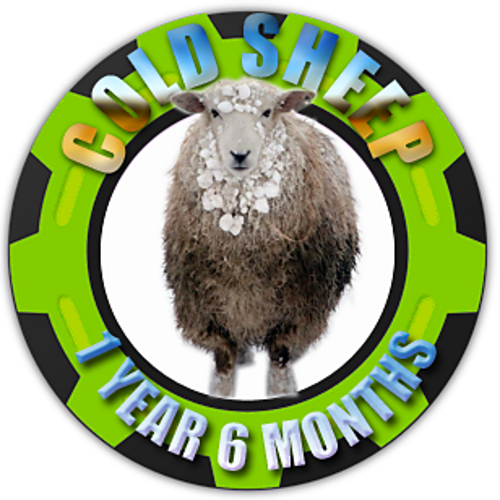 As of today, I haven't bought yarn in 18 months!!!!!!!!!!!!!  I wish I could say there was a noticeable difference, but during those 18 months I've only used up 41 balls of yarn, but at least they didn't get replaced.  That's the big thing.  All that progress could have easily been wiped out with only one rather moderate purchase.  Scary!

April finished sort of weakly, but I still ended with:

And........(drum roll please)..........yesterday I tried the breast stroke at the gym and I am not sore today!!!!!  Several months ago, I was told I probably wouldn't be able to do it, but I talked with the physical therapist last week and she gave me permission to try this month--no more than two laps--to see how I did.  I waited until this week because we went to see "Wicked" with my mother on Sunday and I wanted to be mobile for that, so yesterday was the big day.  I lifted weights, swam two laps, and walked for an hour in the pool.  And I don't hurt today!!!!!!!  I'll stick with just two laps for the rest of the month--I haven't been able to do that for two years, and those two laps were rather exhausting.  I had forgotten what a workout swimming is.  I'll try again tomorrow, and maybe by June I'll be strong enough for 3 laps.  :)