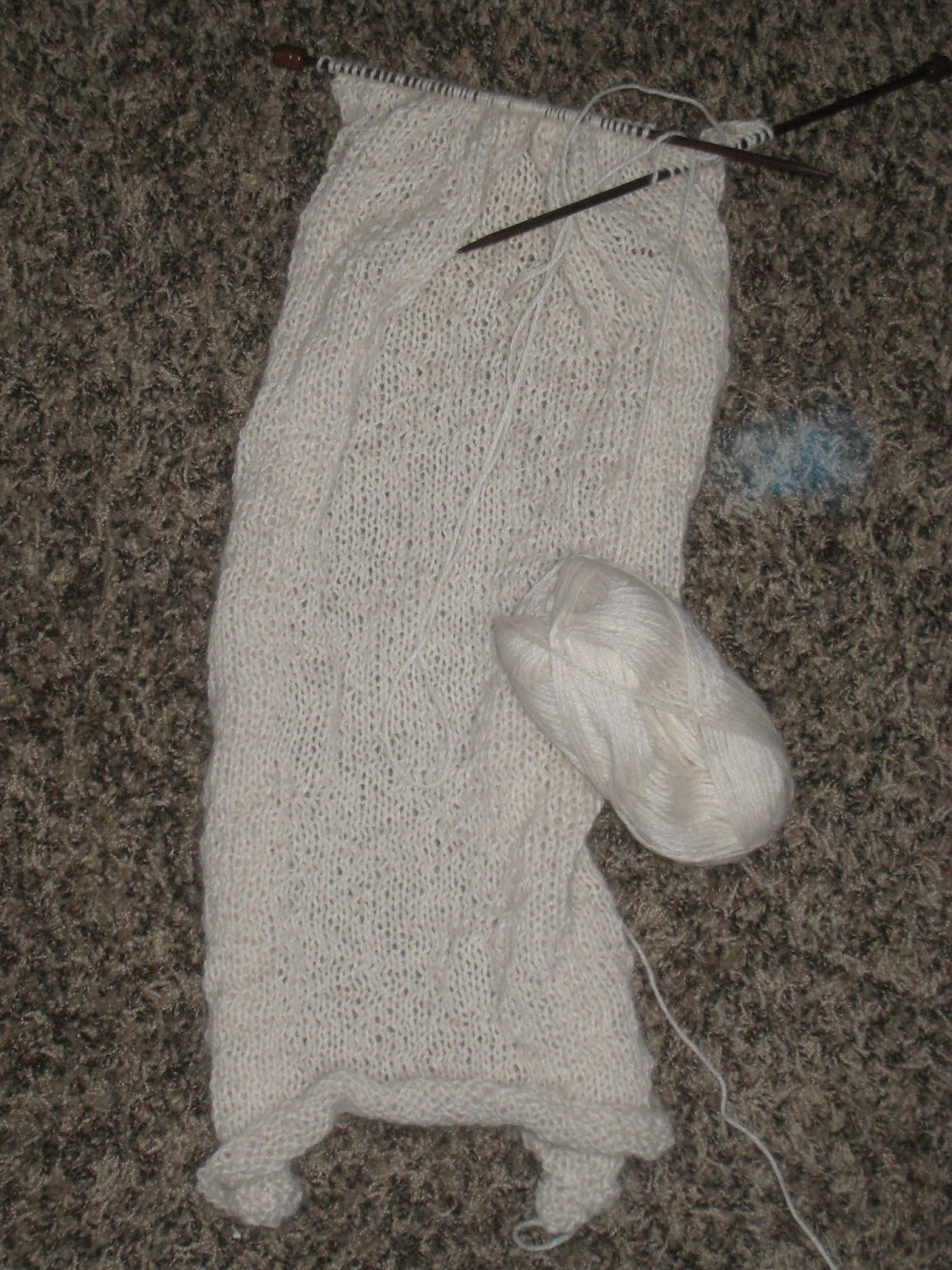 And the back of the sweater is almost done.  Exciting, but considering that the month is 1/3 over and this is NOT 1/3 of the sweater, I may need to pick it up a bit.

The problem, of course, is monogamy.  Over the weekend there was some attempted sewing, 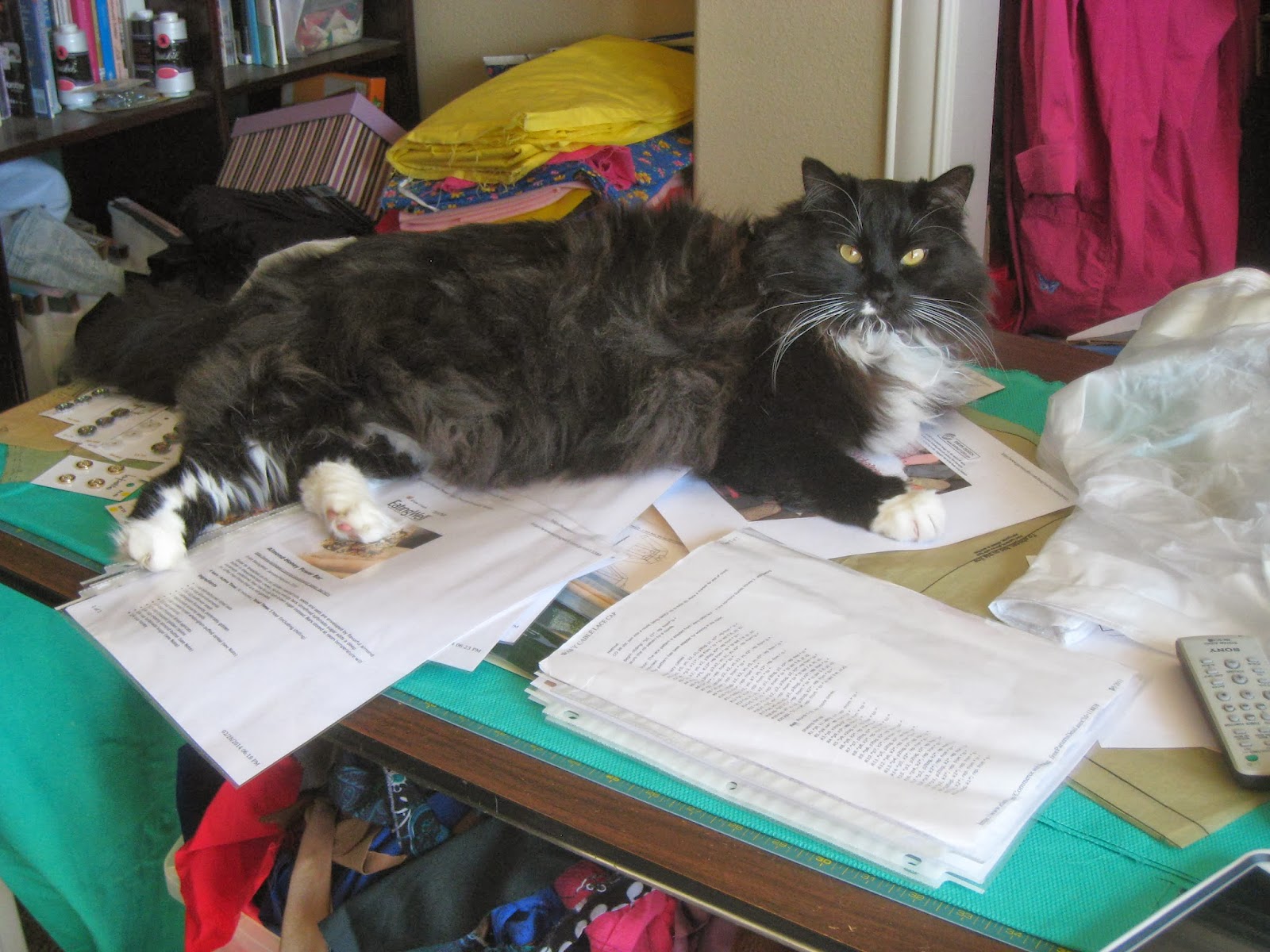 and nothing brings the felines running like laying out a pattern.  Calisto waited patiently for her turn, 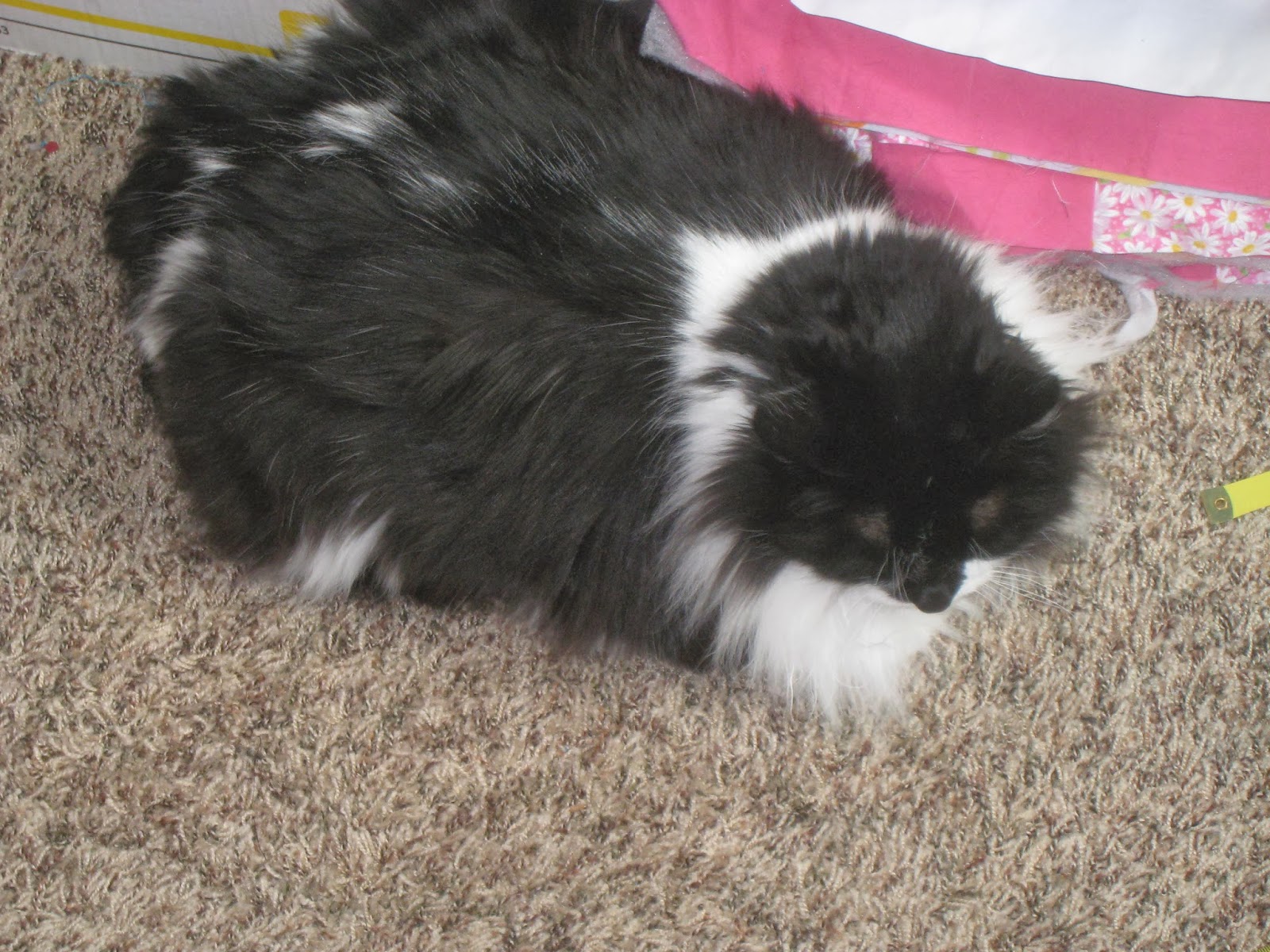 but she never got her chance.  Theo is amazingly determined about these things: 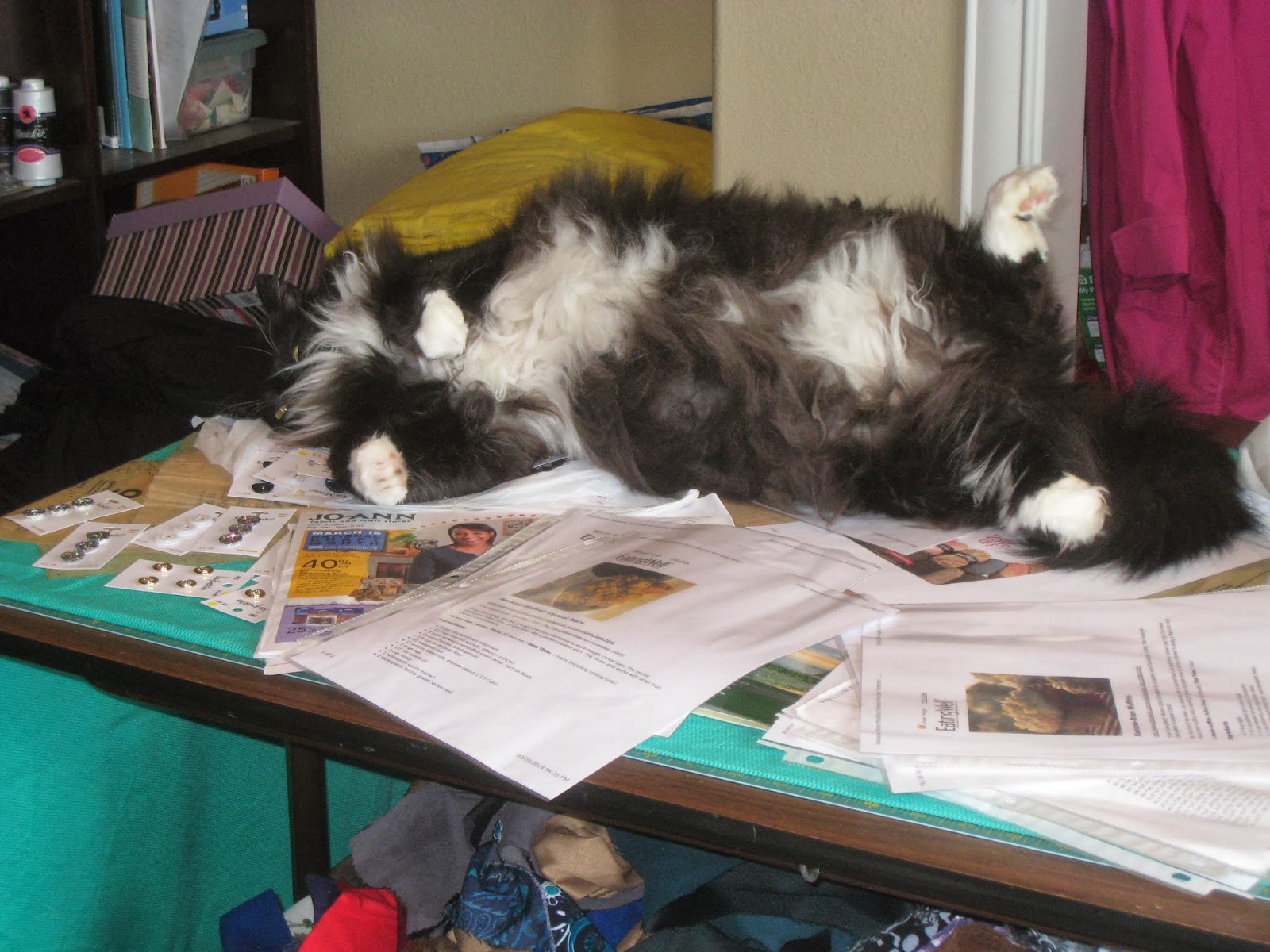 Part of the time was spent sorting patterns and clearing off the things that had been moved INTO the sewing room to clear out room for the desk, but I still might have gotten more than two pattern pieces cut out if it weren't for Theo.  Instead, 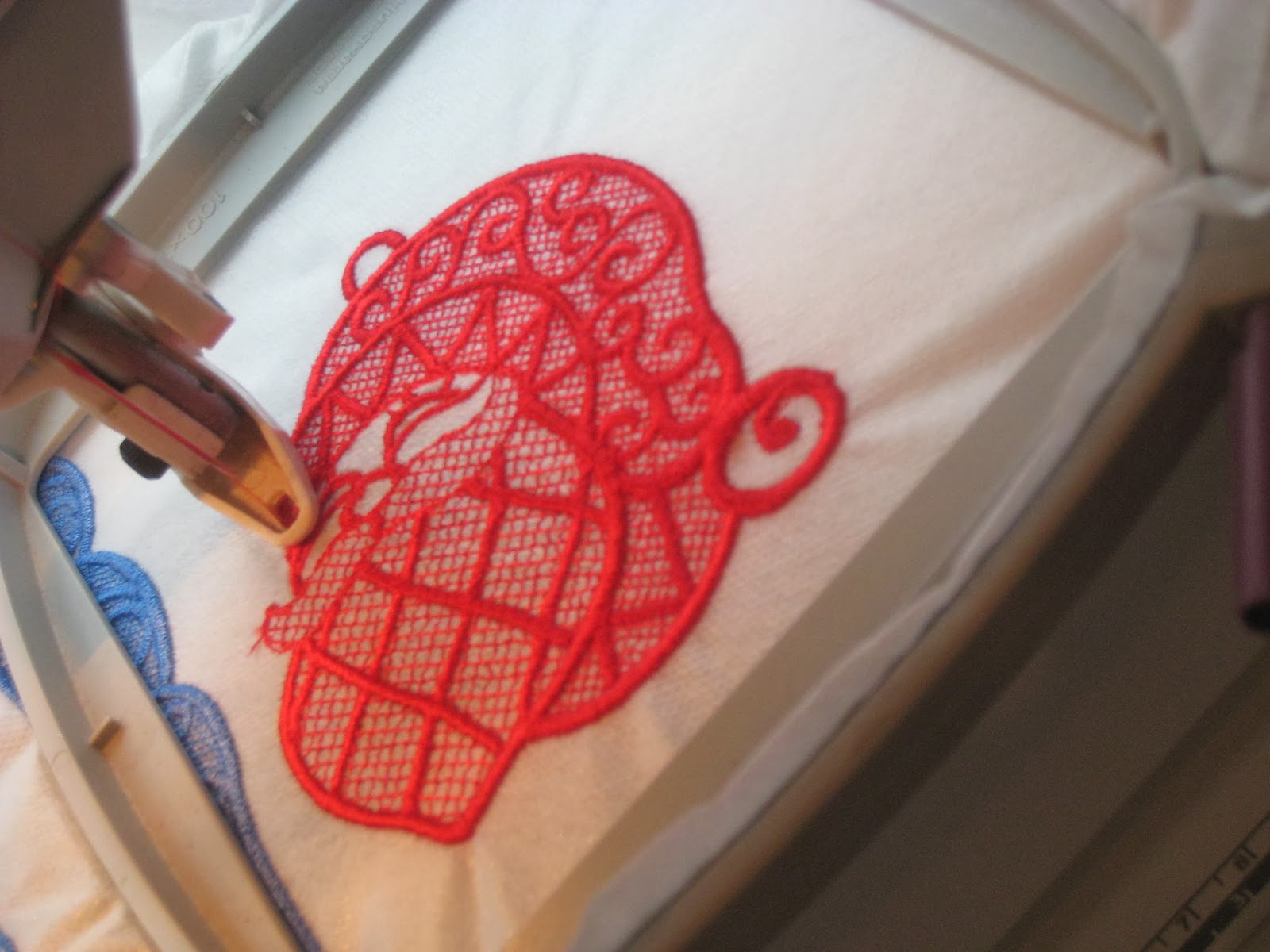 I made a new lace Santa ornament and started a new rope bowl, 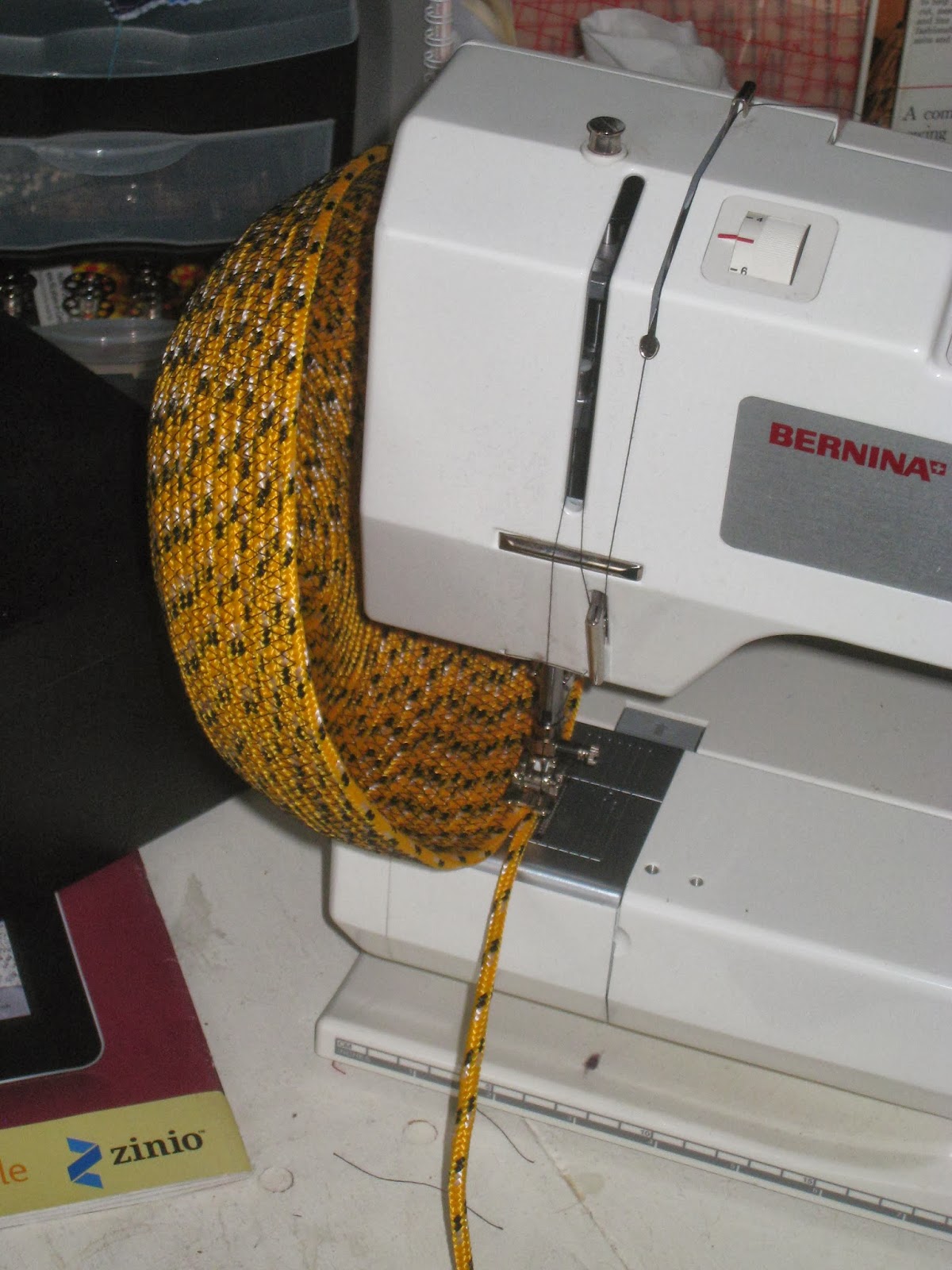 because no matter how hard they try, the cats can't actually be everywhere at once--even if their fur CAN.

Strangely, the biggest challenge to the March Madness Sweater is 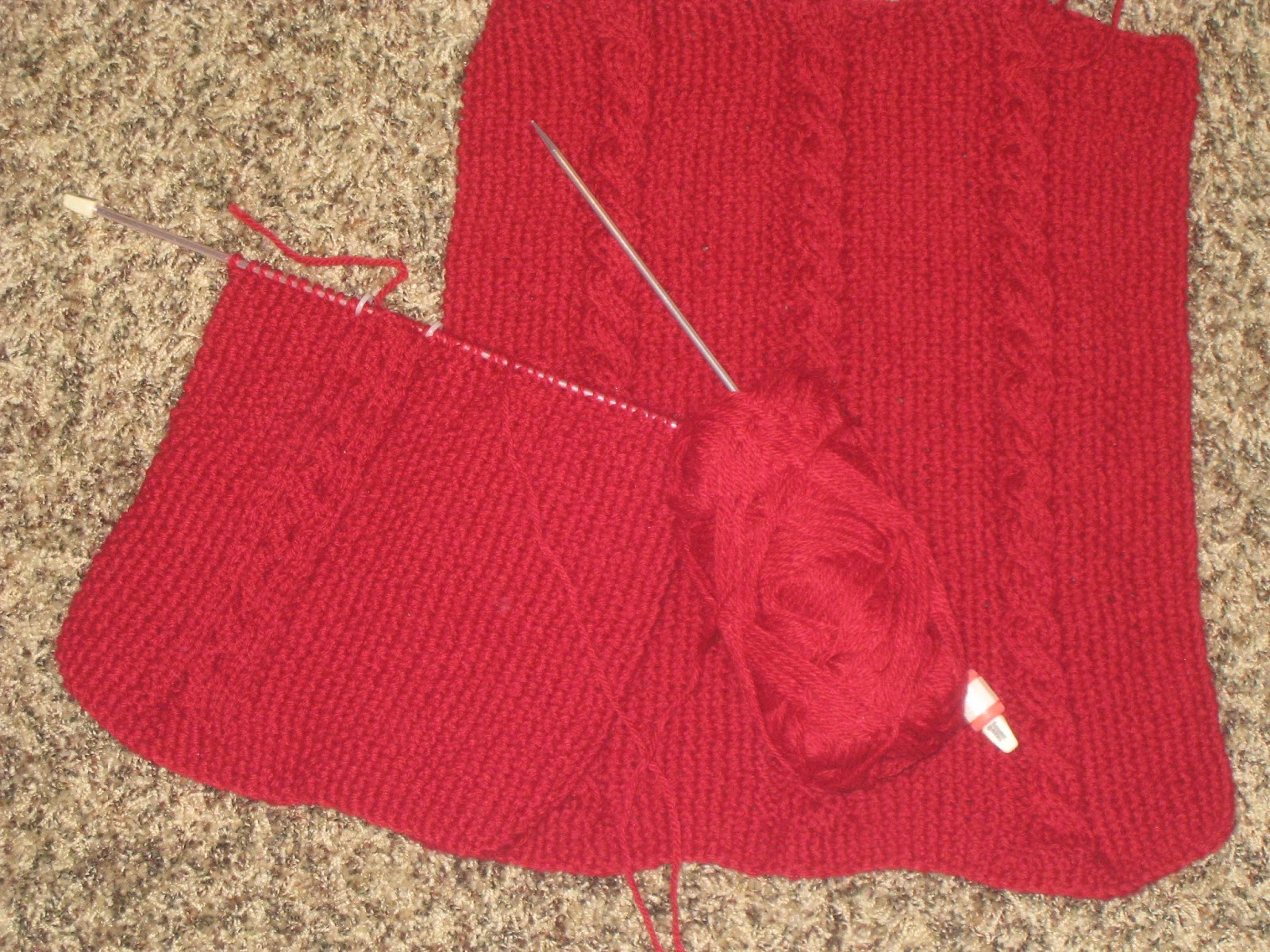 the counting of WIP rows.  I so wish I had thought of this sooner.  The problem with WIPs is that the excitement of a new project is gone, but the excitement of finishing a project doesn't kick in until the project is actually sort of close to being finished--which most of my WIPs aren't.  But, now that I can write down in my little spreadsheet that I did 10 rows or 5 rows or whatever and see the tally grow I'm all of a sudden excited about them again.  Which is great except when trying to work on something new.  I can't decide which part annoys me the most--that I am now really excited about WIPs after breaking my streak or that I can't figure out any way to take this new motivation technique and apply it to cleaning the house...............