I have almost kicked the bronchitis, I think.  Aside from a little bit yesterday, my cough is almost gone.  I still have some chest congestion, so Tuesday I picked up a cold medicine supposedly for chest congestion.  I say "supposedly" because 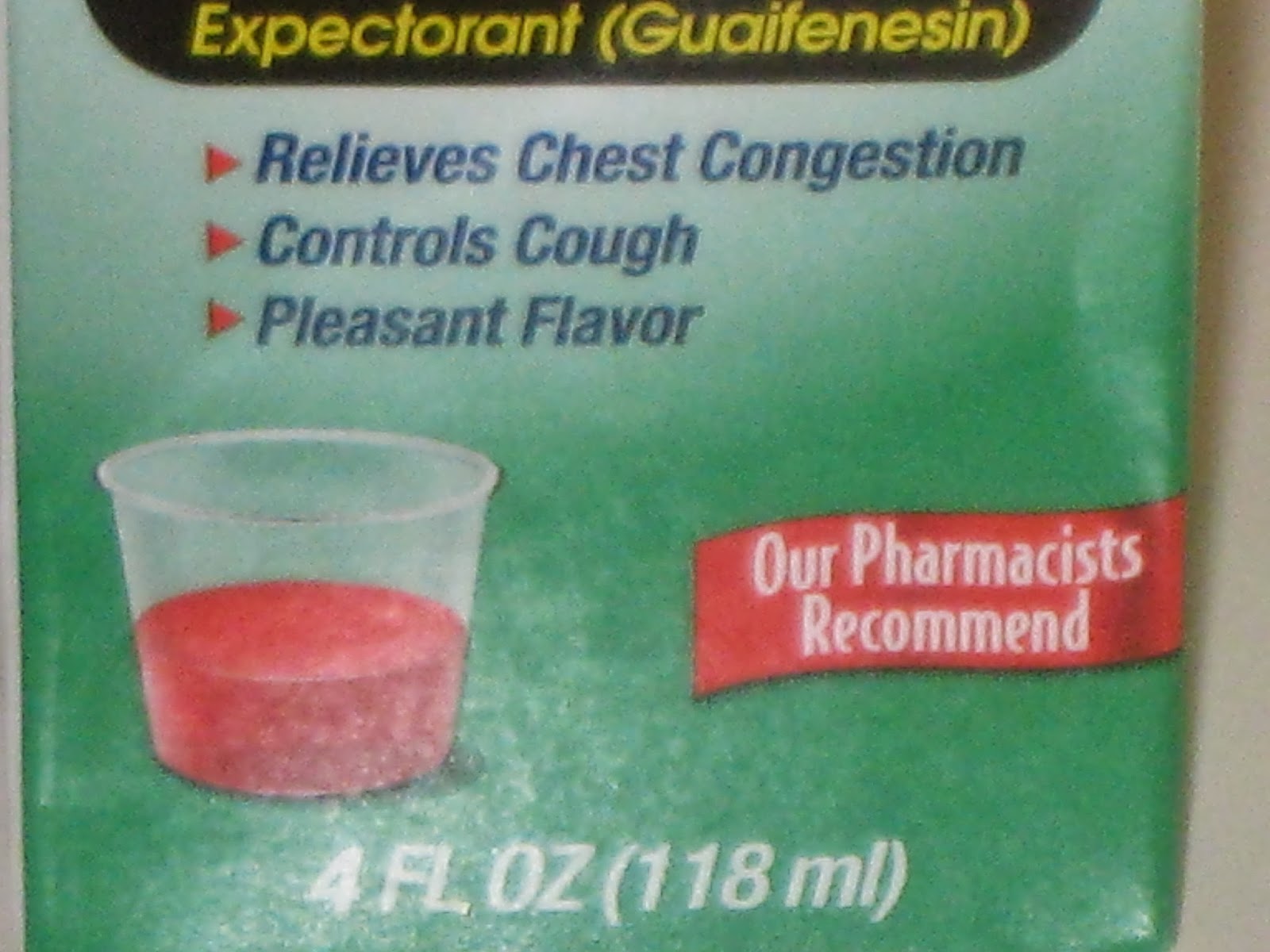 that third one is an outright lie.  I think it is supposed to be cherry flavor, but whatever cherries ever did to anyone to deserve such an insult is beyond me.  It's so awful that yesterday I was nauseous every time I took it.  Someone in the marketing department for these folks is just a sadist--that's all there is to it. 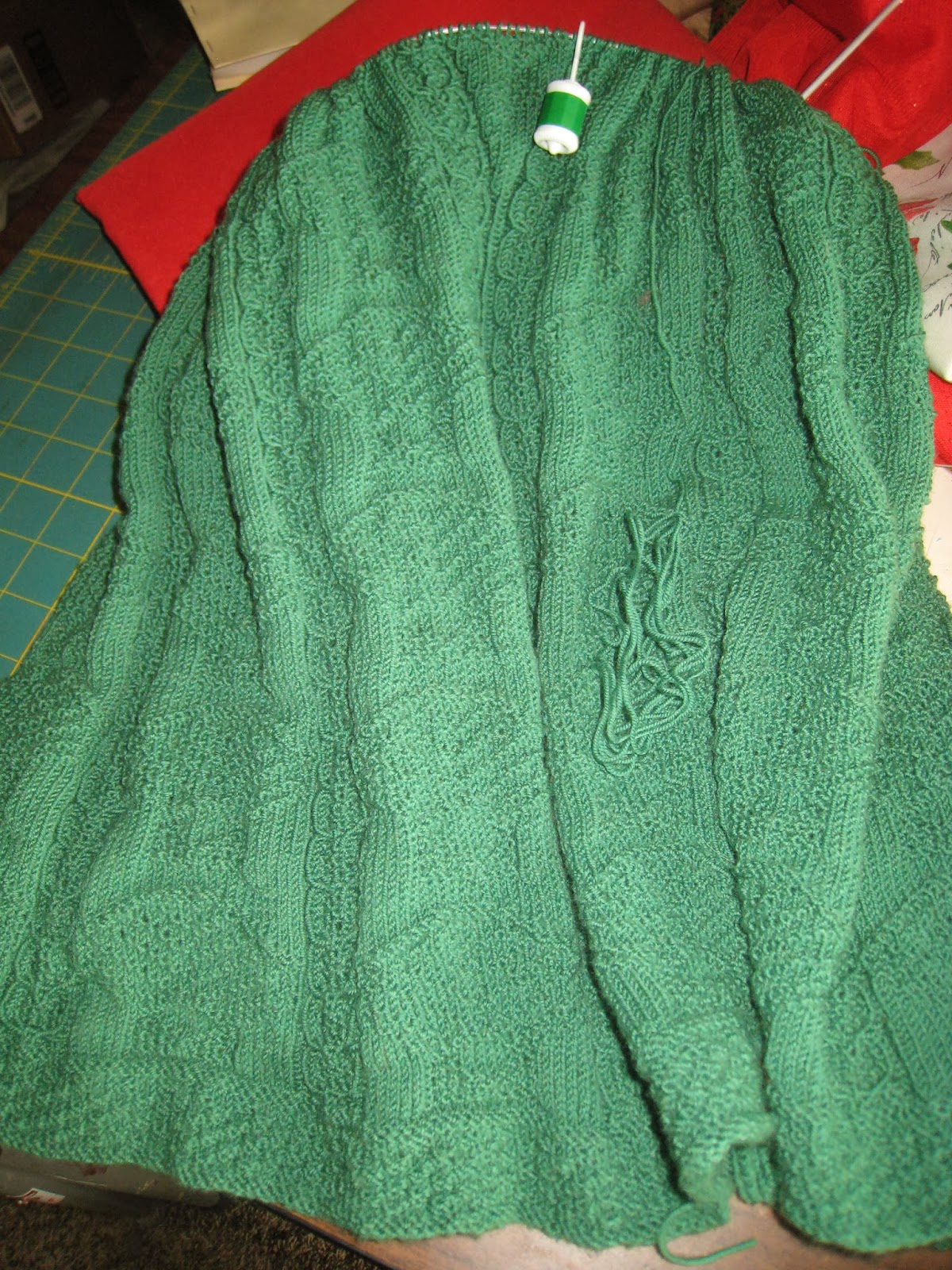 which makes almost 1300 yards of yarn in this baby already.  This is not a project for sane people.  However, I love this thing.  I'm at the gussets for the armholes, and 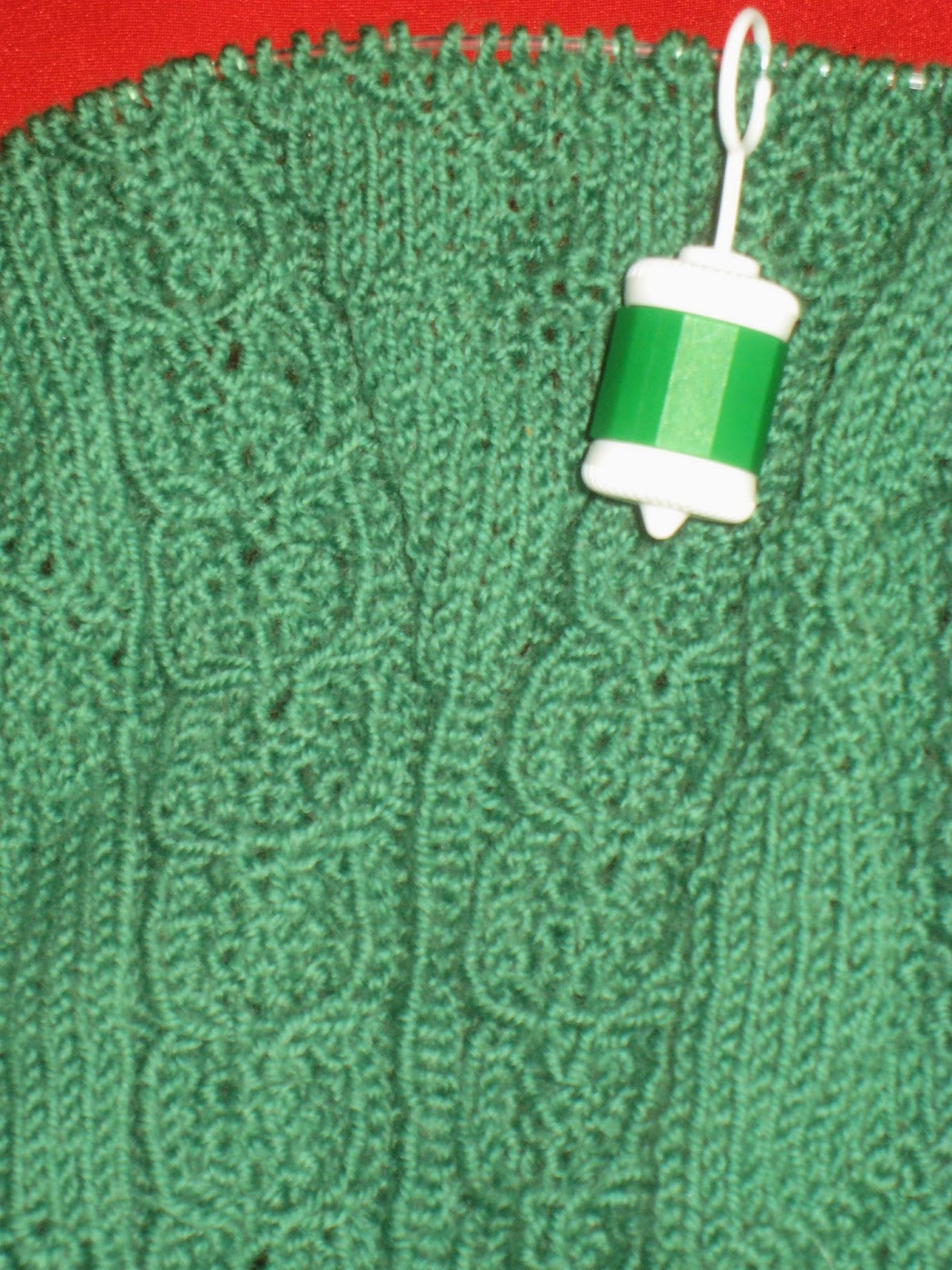 they have this wonderful patterning in them.  I love her attention to detail and no matter WHAT this sweater looks like when I'm done with it, I will be wearing it.  I might be wearing it to therapy, but I'll be wearing it.

When my hands needed a break, I started cutting out terrorized gingerbread men. 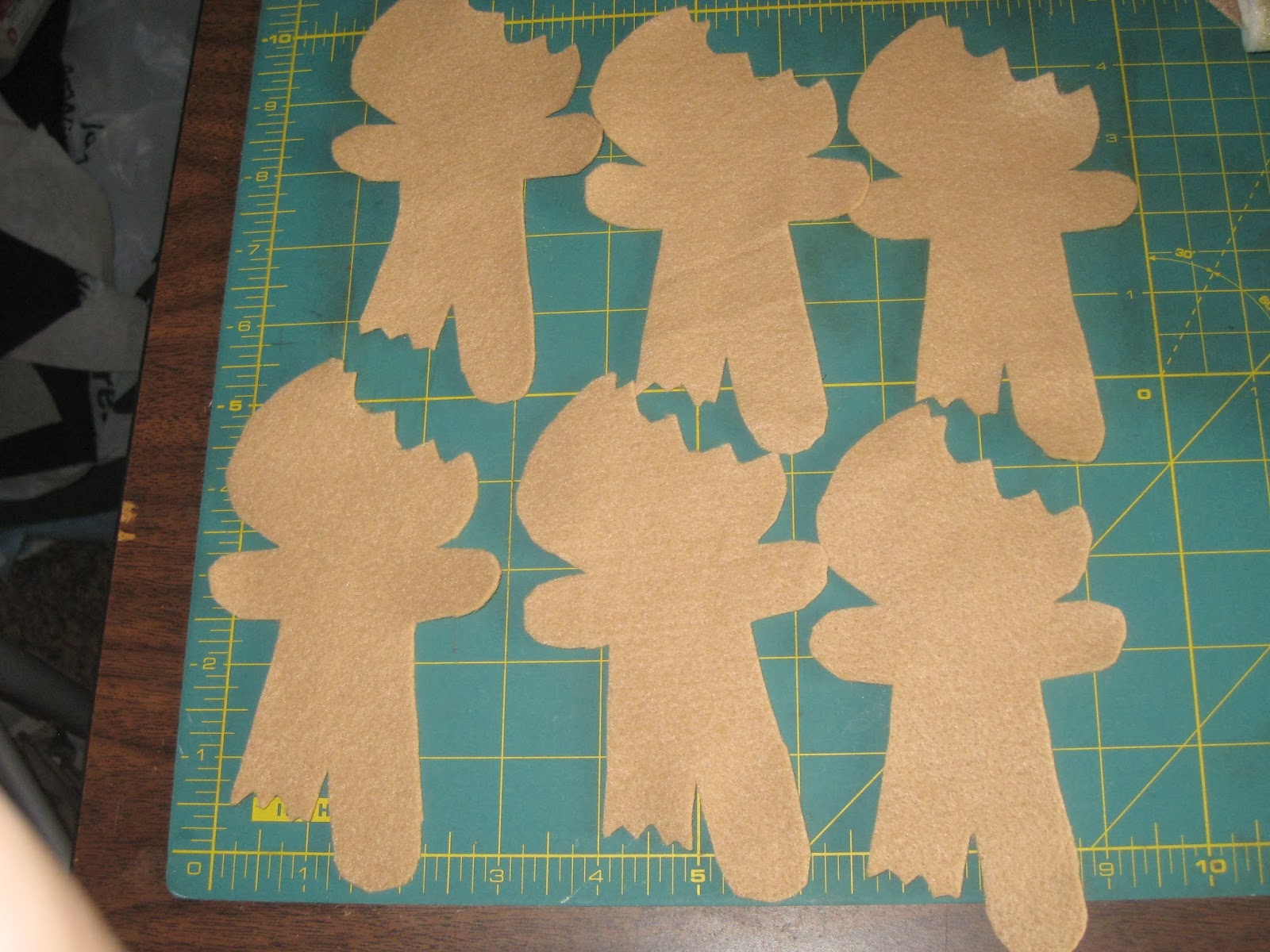 I think I gave all of them away over Christmas, and I still have a lot of people who didn't receive them, so I'll be making masses of the things this year.  Or at least 6.

As you might have guessed, there has been no sewing, which is unfortunate as that 100-yards-of-fabric for the year goal is off to a rocky start.  I'm hoping that 100 yards will make a visible dent in this: 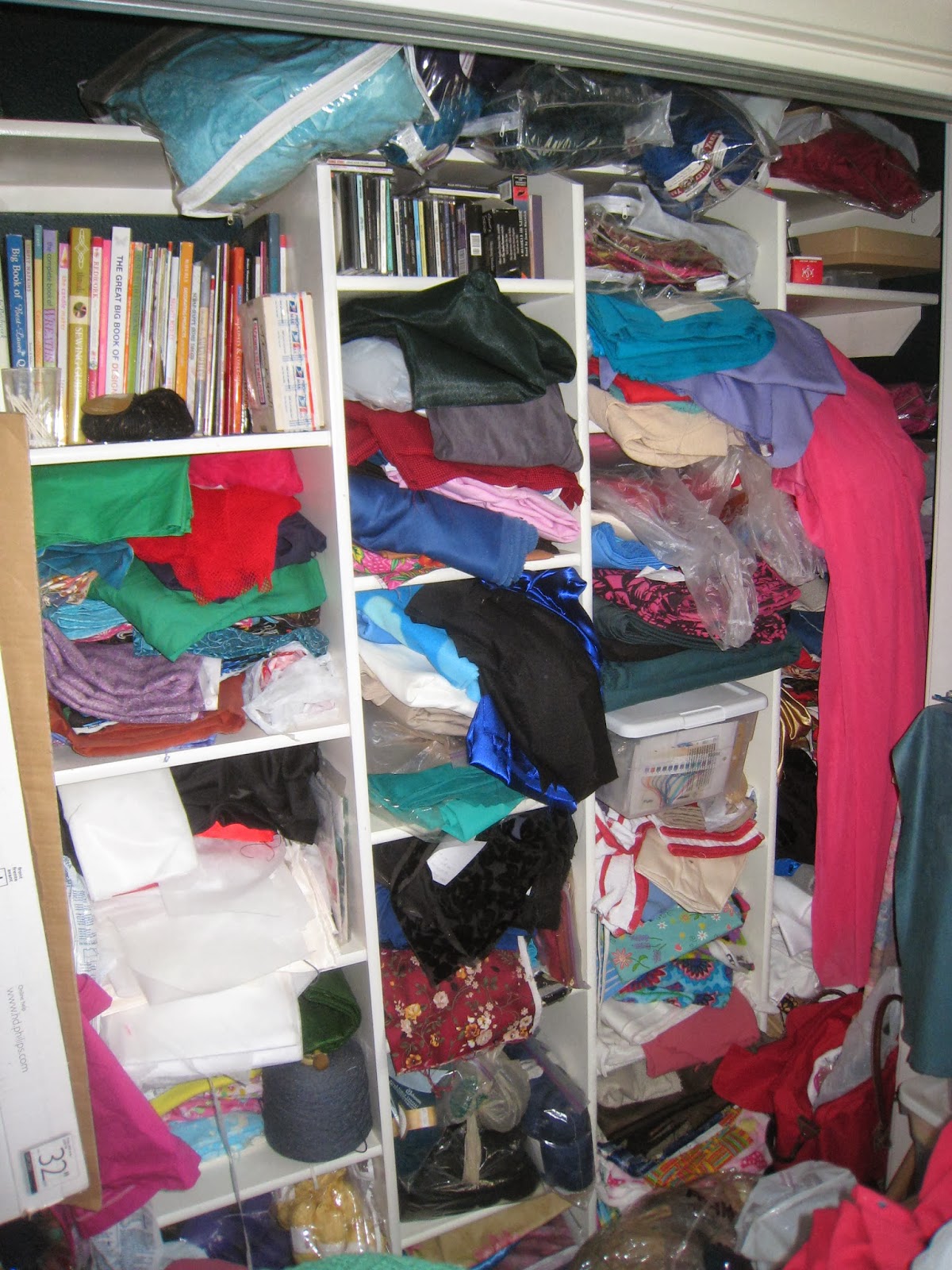 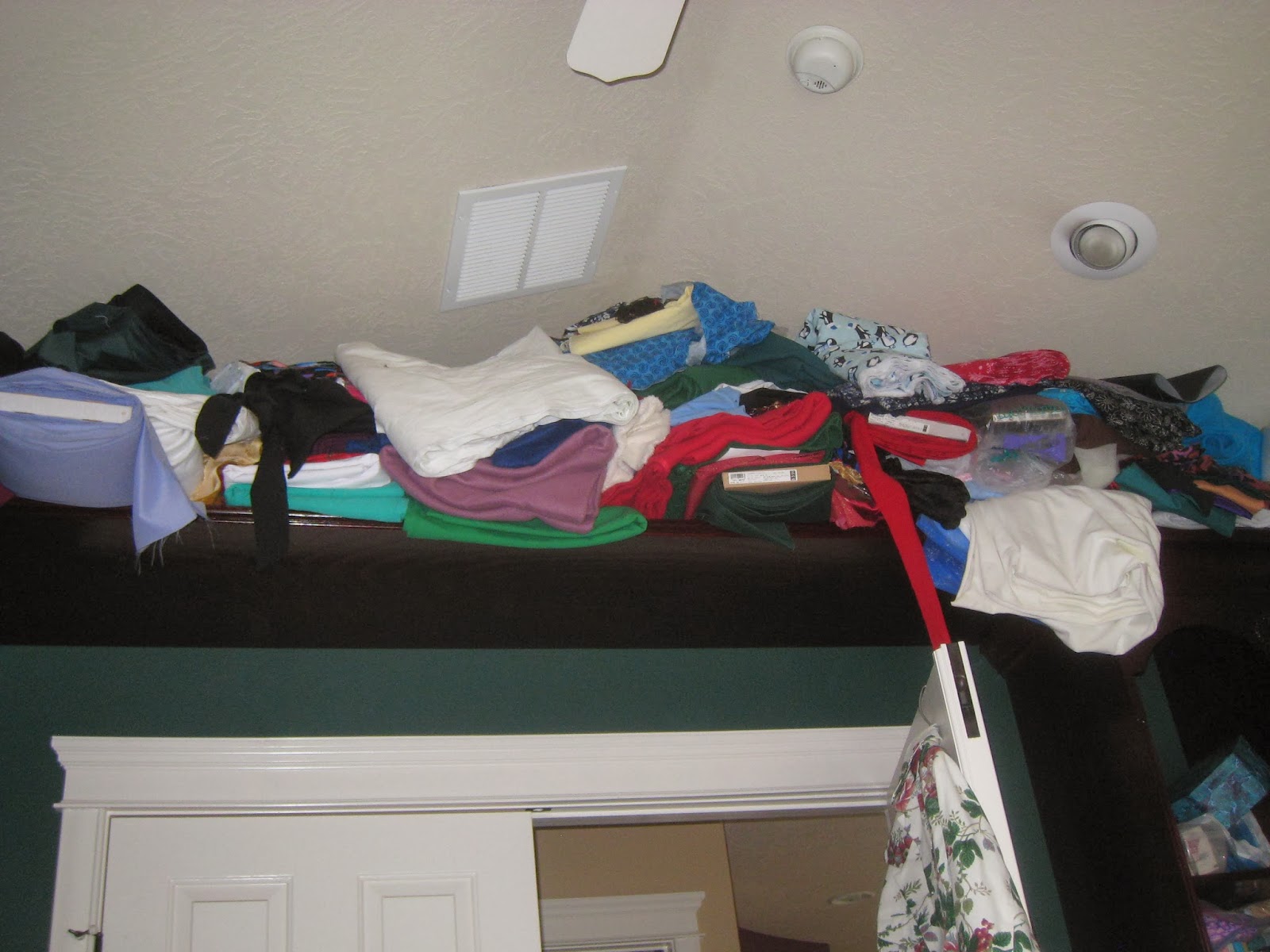 I don't mind having a large stash when I'm using it, but with the back issues, I haven't sewn much for two years.  However......drum roll please..........I was released by my physiatrist on Monday because I've made enough progress to not need him.  YAY!!!!  He's a nice guy and obviously very helpful, and it might be that the bronchitis episode actually helped my back, and he said I have to be very careful right now to not overdo or push too hard or sit too long while I'm regaining my strength, but I haven't been this pain-free in two years.  YAY!!!!!!!!!!!!!!!