My back felt better this morning but it still needed a bit of rest, it seemed advisable to distract myself with a project that was pretty low-risk for my back.  This probably sounds quite crazy, but it's really hard to remember my back is hurt unless it actually hurts, so left to my own devices, heaven only knows what I would come up with to do today.  So, what could keep me distracted better than 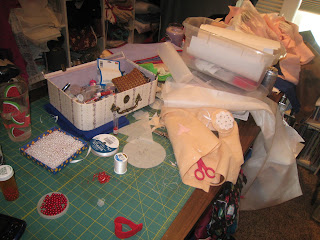 making a big, huge mess in the sewing room?  Especially 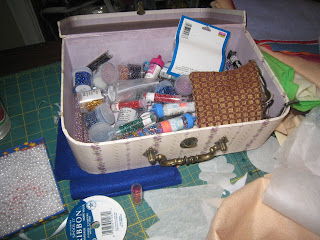 if it involves the bead stash?

Everyday I walk past my cool metal ornament tree, and the more I see this ornament, 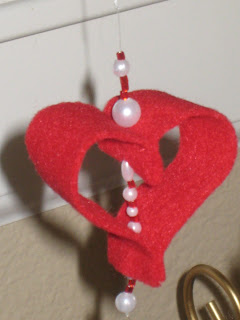 the more I like it.  When I made it, I was worried that it looked a bit hokey, but I really, really like it.  So, 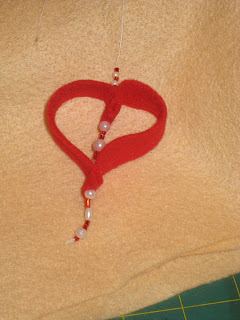 I decided to make a couple more.  This is the first one of the day, and how I don't like a long tail on it.  So, on number two 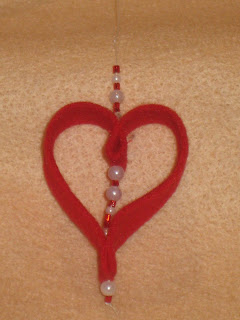 I did a much shorter tail, which seems more balanced to me.  This one I really like, so I thought these might make good gifts, 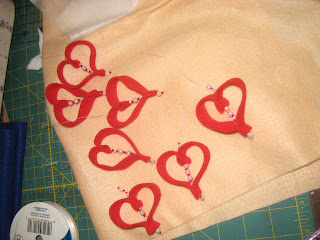 so I made seven more, for a total of nine.  Some are better than others, and there was a fun flying-bead episode when I realized that they have to start and stop with the small red seed beads or a bigger knot than I seem capable of--which also explains why there aren't a nice round 10 heart ornaments.  One tires of everything eventually, even beads. 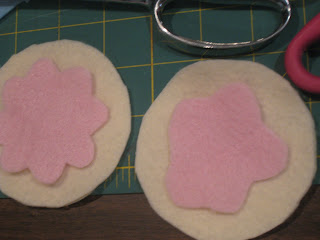 and even thought I'd try a freehand design for the icing, because quite frankly, when I frost cookies they are always just a pretty big mess.  I didn't start putting them together just yet because I was in the mood to try some new patterns, and this is the best time to get them cut out and stored for assembly: 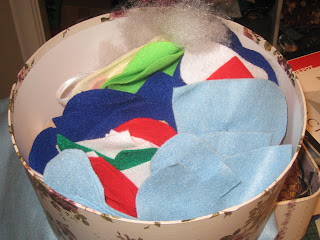 Besides more cookies and some of the patterns I've already used, I wanted to fool around with two-color hearts.  Sort of like this, 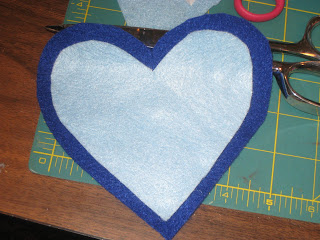 but with cool decorations of some sort.  Did I mention that I rarely think ornaments through completely before starting them?  My theory is that if I cut out enough of them, I'll try all sorts of new things on them and learn some new techniques.  Or I'll end up with a whole bunch of felt hearts.  Right now I'd give it 50-50 odds.

In my mad cutting out frenzy, I cut out two felt trees as well, and as they're easier to do if I decorate one piece, then sew it onto a larger piece of felt before stuffing, I thought it might be best to finish them up before putting away the light blue felt,  but only got one done.  The only trim of any sort that I could really find was plain blue ribbon, so I attached it with a sort of zig-zag stitch 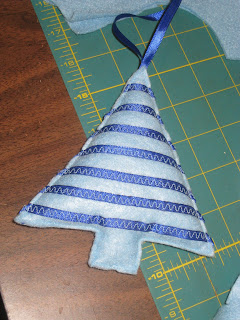 which turned out okay, but I don't like it enough to make two of them, so I'll find something different to do with the other one.  Then, because I obviously haven't a brain in my head, I went downstairs to defrost the kitchen freezer.  And if you're wondering, that did indeed make my back sore and can be scratched off the "taking it easy" list if anyone else had any doubt.  Thank heavens tomorrow is a holiday here in the states--usually even I can manage to relax on holidays.  Usually.........