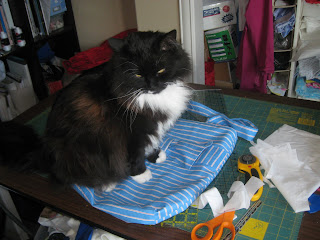 and I'm actually possibly considering making another one--though with some edits.  The bag sags toward the bow way too much, and at least needs the striped band on the other side as well, if not a second bow.  I'm not saying I'm quite this crazy yet, but if I get there, 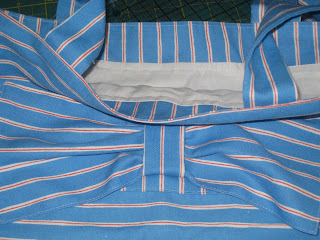 should I stick with the white lining (which could use a pocket), or should I branch out and match the pinstripe with red: 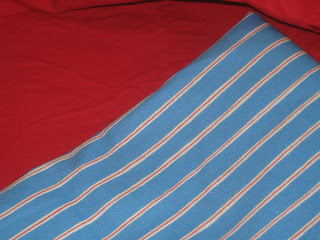 I'll admit, I'm not usually very daring with color, but I think I could make a second bag (without as many errors, even) for a Christmas gift.  What do you think?

I have been just a bit under the weather again, so there has been mostly knitting today.  There's a new ornament, 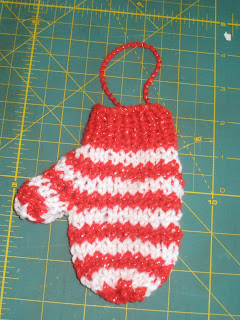 bringing me to 142, and progress has been made on the new sock, 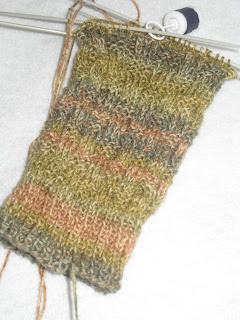