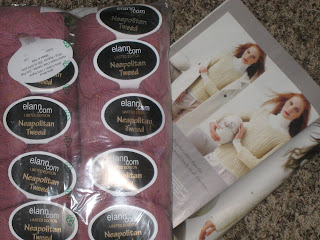 is not my fault.  It's Barbara's fault.  Today is March first, there might have been a bit of spring fever in the air, and I think we all know my weakness for playing along.  So, I am now participating in March Madness and will be attempting to knit this entire sweater before April.  Totally not my fault.  The fact that I have been wanting to start a new project for weeks and would jump at any excuse has nothing to do with it..........

Andy's been gone again this week, but I wasn't able to do as much sewing this time, though I did manage to finish his Valentine's shirt, 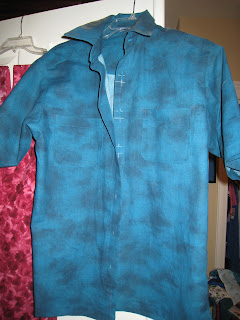 except for the buttons, which I'll let him pick from the stash.  I also made some progress on my patchwork squares, 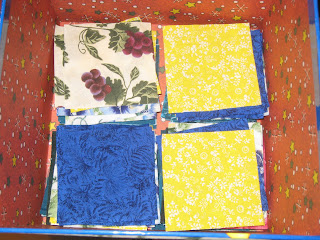 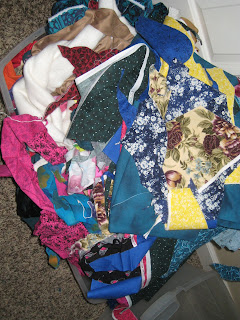 I did get one final ornament finished for February, 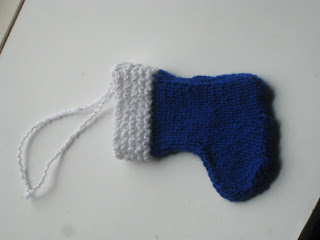 putting me slightly behind at 53.  I think the sewing mania needs to ebb just a bit, but not before: 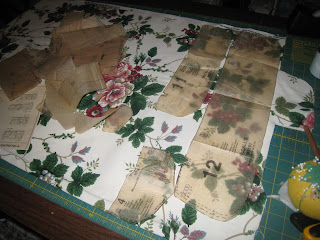 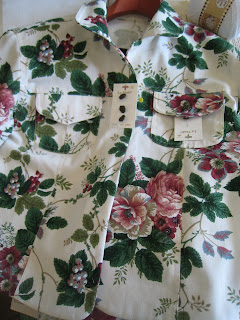 I made this jacket two years ago, and it was one of my absolute favorite things I've ever made.  So what did I do with it?  No idea.  I've even checked in the black-hole-that-swallowed-the-pajamas with no success, and I was so upset about losing it that I decided to make another one.  If the other one ever turns up, I can always give it to a friend.

Now I'm off to cast on the new sweater, which I'm hoping will help this toddler sweater as well: 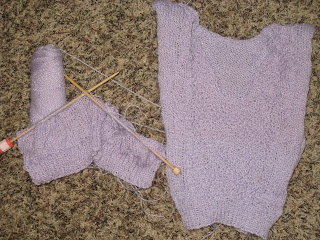 I started the sleeves yesterday, and they are in boring old stockinette stitch, so if the new sweater gets a bit tiring (or my normal inability to knit monogamously kicks in), I have an almost-finished WIP with simple knitting into which I can channel my knitterly flakiness.