Whew! I Needed That!

Vacation is over, but it was wonderful.  For someone who doesn't always even sleep 8 hours, I slept so much the cats thought they'd finally converted me.  I had thought I'd be a crafting machine, but I really wasn't.  I did a lot of exercises for my hip/back, soaks in the hot tub, and just generally didn't bother about getting anything done.  For ME, that was huge.  Not that there aren't a few new things.  A new knitting project bag made from scrap material: 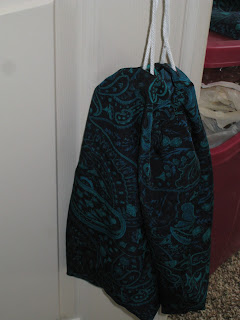 which was intended to have pockets and a loop for running the yarn through, but became very simple when I realized how rusty I was at sewing.  One side of a buttonhole is actually 2 inches long, so obviously the buttonhole sensor foot and I need to spend a bit of time together....

There are some new Christmas ornaments: 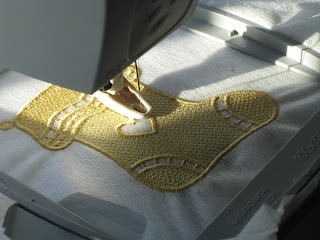 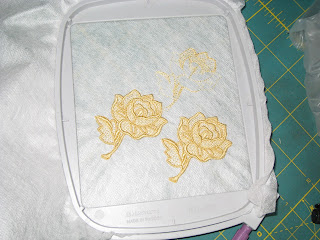 though the roses are (A) smaller than I thought they would be, and (B) without actual loops for hangers, but a little thread should take care of that.  I thought I might get a third one on this hooping, but the rose is laid out in such a way that I couldn't get it high enough at the top, so had to stop before it joined itself to the other rose.

There is a new chemo cap: 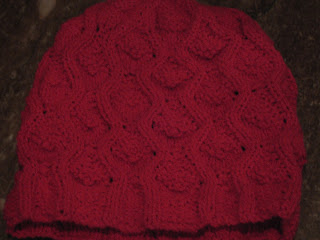 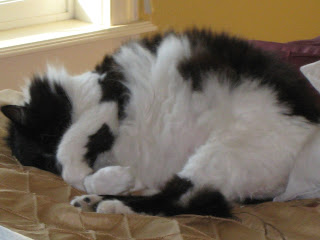 which Calisto thinks is an embarrassing cop-out, but no one asked her anyway.

Since I'm behind on sweaters, I did work on one of the in-progress sweaters, 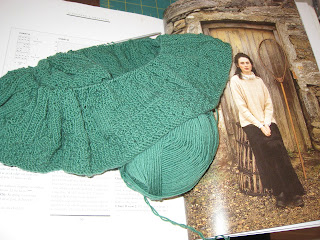 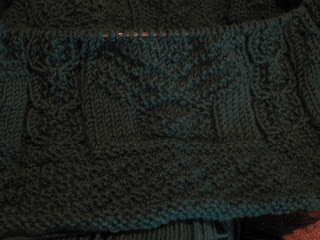 And, because I just wasn't feeling idiotic enough, I dug out the new bead stash: 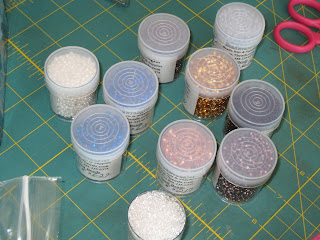 and have started a new beaded Ostich Plume scarf: 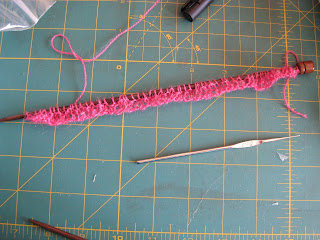 The yarn is some of my new I'm-cracking-under-the-stress-and-slid-off-my-sheep yarn, so it feels sort of good to be using it rather than trying to cram it into an already-overflowing lace bin, but it neither fits into ANY of the needed "12s" categories, nor will it help me in my Mad Halloween Dash goal to knit up 4,000 yards of yarn.  But there are beads, so it's fun if very, VERY slow..........

And to complete my mini "stay-cation" 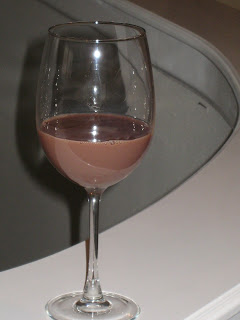 I decided to open a bottle of chocolate raspberry wine a friend gave us last year.  Oh my.  It's good, but next time I will know to serve it in thimble-sized glasses.  Very, VERY rich stuff.  No wonder the bottle said to try to use it within 6 months of opening.  If it were just me, it really would take that long.  Andy, of course, will probably have it polished off by next weekend, but at least I got to try some.