Traveling with two men, there's no way we were going to be browsing knitting or sewing stores, but our weekend did turn into quite a "tour of historic crafting."

First, while on the Pendleton Underground Tour (highly recommended--I'll be adding more info to my main blog), we saw this: 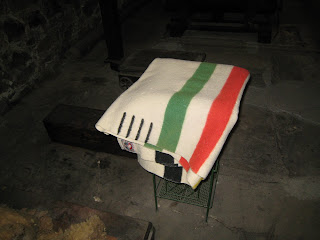 It's a trade blanket made by the Pendleton Wool Mill.  Those black stripes are how many pelts it represents--this one being 4 pelts.  Wool as a form of currency!!!!  It turns out I don't have a stash after all--I have a nest egg.  This may have been my favorite part of the entire weekend!

If you have any interest at all in historic clothing (though not going back beyond mid-1800s--this is the Oregon Territory of the Old West after all), do yourself a favor and visit the Union County Museum.  It's got a very lousy website, unfortunately, and it's only open from Mother's Day to mid-October, but we spent two hours there and could have easily stayed longer.  They had some fantastic hand-made laces 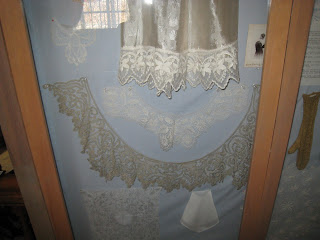 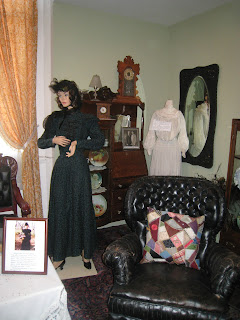 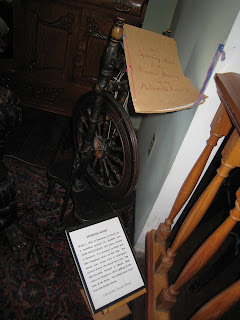 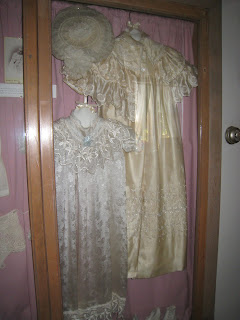 which may not seem like a lot to people on the other side of the country or in Europe, but when you consider that Americans didn't even SEE Oregon until the Lewis and Clark Expedition (1804-1806) and that Oregon didn't become even a territory until 1848, this is pretty much as good as it gets for history out here that isn't about Native Americans.  (They had some terrific moccasins and beaded artifacts as well, but they were harder to photograph.  The grass baskets were my favorite--the craftsmanship on them was astounding, but I couldn't get zoomed in enough through the lens.  Great stuff though)

It is my understanding that the clothes and items in the museum were donated by local families as residents, so they all had local histories.  These: 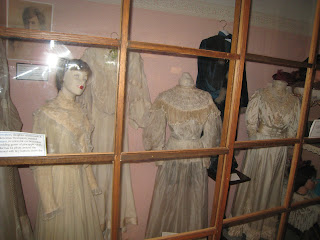 are wedding dresses--complete with shoes 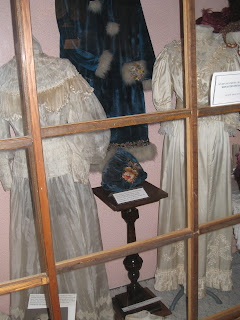 as well as this great hat and coat. 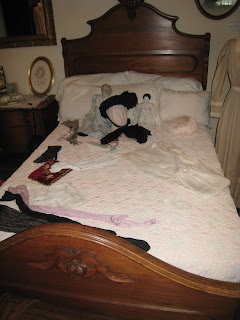 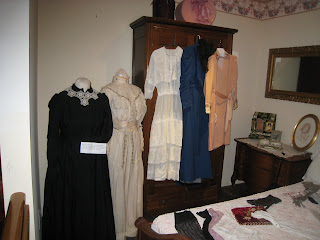 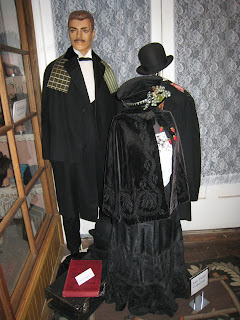 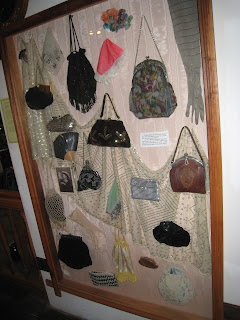 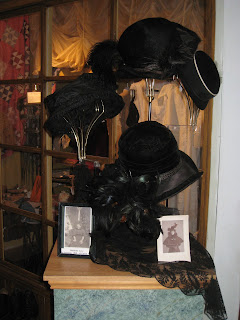 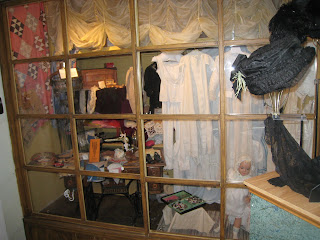 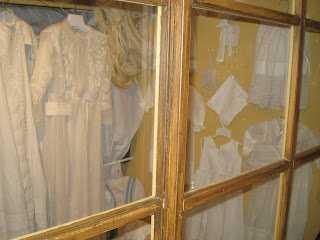 even a great Barbie costume display with an accompanying documentation by the lady who spent her lifetime compiling this--which would have taken at least an hour to peruse all by itself. 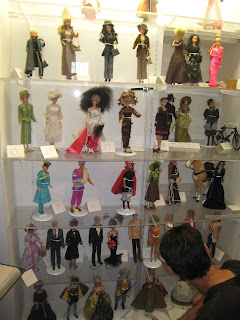 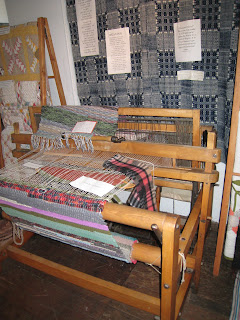 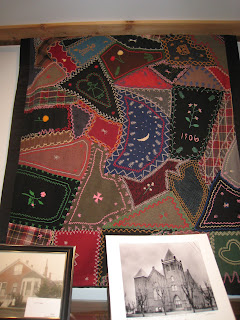 (and I am trying hard to not let this thing inspire me to embark on some hand quilting odyssey that would take me the next five years),  a fur cape that once would have been quite fashionable and now makes one wonder just a bit.......... 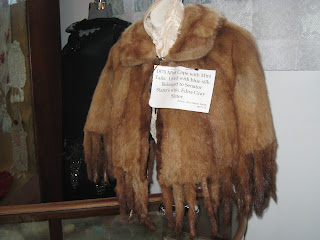 but maybe not so much as accessories with faces: 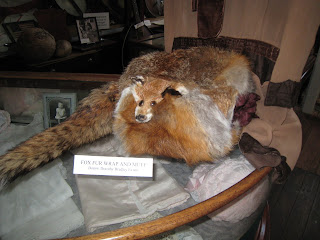 I realize it was a different time back then and fur was considered quite fashionable, but REALLY?????  Do you really want to be staring into those eyes all the time?  Did they name them?  Did muffs ever get into fights with other muffs?  It does make one wonder.........


Posted by Toni at 9:05 PM No comments: Links to this post

No sewing, not too much knitting, but lots of fun.  Pictures to come!  I have to go do some of that pesky laundry, as Andy and I had a discussion and decided naked is not really a way of life.....
Posted by Toni at 9:47 AM 2 comments: Links to this post