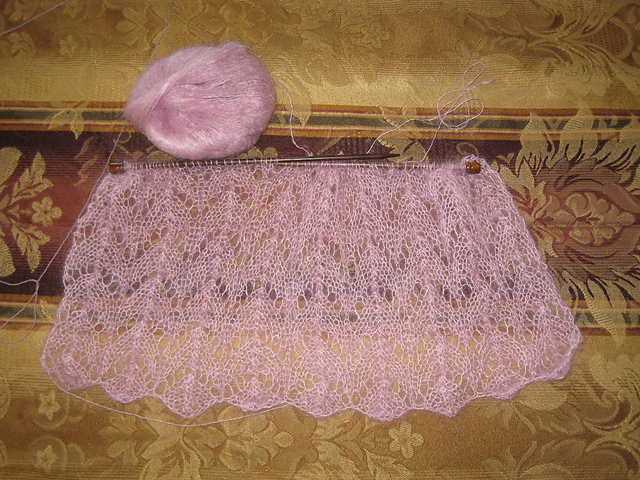 The Loden Mist sweater that I started in October but had to abandon for smaller, faster projects.  It really made a good project because even though it's lace, I don't need a chart or pattern to do it.

And, I enjoyed the knitting night at the library so much that my friend & I are going back next week.  One of the staff members at the library was there to answer questions and to teach anyone interested to knit, and the library keeps supplies  ready for anyone who wanders by & might want to give it a shot (which no one did, but there was a drumming group in the room next door, and that's sort of hard to compete with on a cool-group-to-join scale, though I have to say that I think knitting-in-public has GOT to be easier & a little more socially acceptable than drumming in public, especially on airplanes and while waiting in line....).