When The Going Gets Tough..... 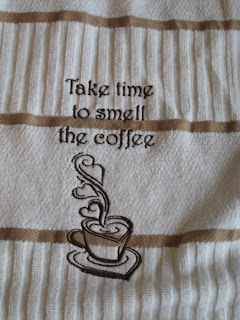 I've decided to count 2 towels as one finished project, which feels about right.  I've already given away the last set of coffee towels I made, so I decided 2 or 3 more sets would not be a bad idea.  Especially since most of the other ones I've made mention wine, and it turns out I have a few friends who do not drink.  They don't knit either......coincidence??????????  I think not.

Some friends of our are about to celebrate their 55th wedding anniversary, and Andy and I have decided to combine out hobbies to make: 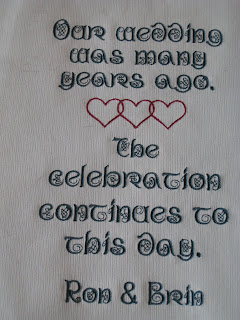 Okay---so far we're on the "Toni's hobby" party, but when I'm done, Andy will make a walnut frame for it.  I'm thinking of doing a little fabric matting to set it off, so I have one more step to go before turning it over to Andy. 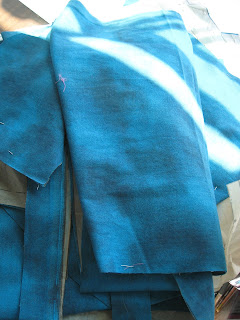 but not motivated enough to start sewing them.  I blame the weather.  We had 25 days of rain in May, and June is pretty much the same so far--this in a "desert" climate.  We even have humidity, which my little Nordic self was NOT designed to handle,  How can one be motivated to make summer clothes when one isn't overly sure one is going to GET summer?