....but definitely a "progress" Friday. 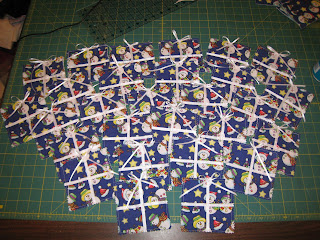 the attack of the coasters!!!  Here they ALL are--in their little desperately-trying-to-rack-up-projects glory. 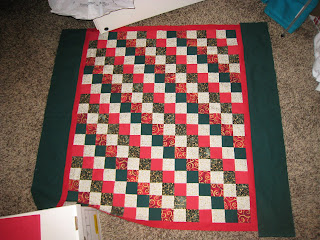 Remember this quilt from.........well, not recently?  I thought it was time to get at least one of the quilt tops at least a little closer to being finished.  Not to mention 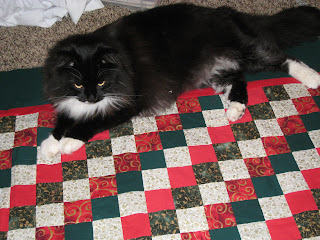 First, we added the green pieces to the two remaining sides-- 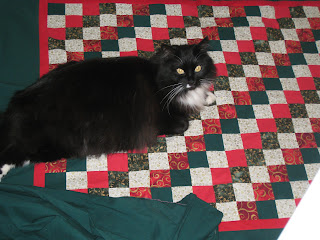 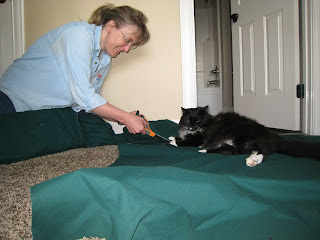 then we cut out the backing (and just in case you were wondering, that was an extremely crooked cut), but there is BIG news! 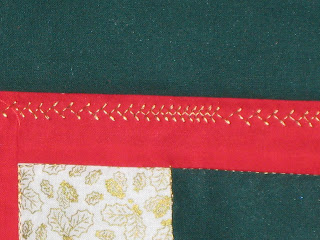 It seems that the Quilting Gods are both fierce and fast.  Smugness over the lack of puckers will automatically qualify you for problems combining decorative stitching and a walking foot.  It turns out that this is the one and only time that changing the sewing speed really does matter.  Still, the overall effect is nice 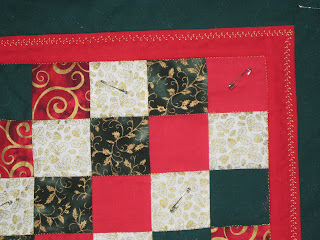 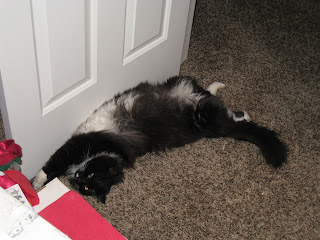 .......or at least until there was some clean laundry in need of furring 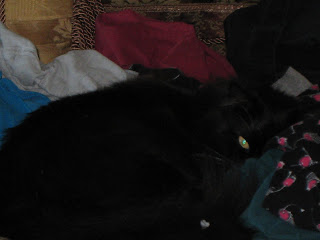 which is an important step here at Chateau Sutton-Goar.  Not to mention, it gave me a chance to take some pictures: 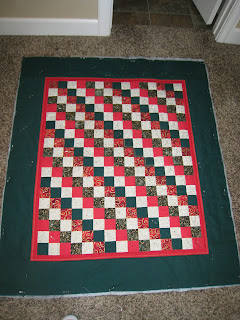 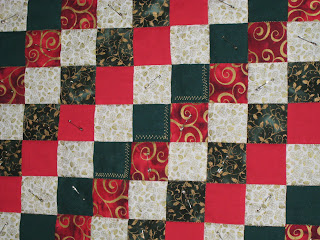 to add a little interest.  At first I was just going to do the green squares, but I think it would look better to do the red as well, which will take more time, but the stitch-in-the-ditch quilting of the squares is just over half finished already, so this could actually be finished at the next Finishing Friday.  Provided, you know, that I actually work on it....... 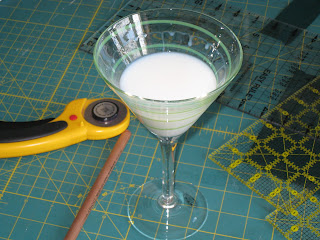