I Think We're On The Mend

Thursday night Theo had to return to the vet with a bladder infection & kitty constipation. As if a kitty enema wasn't enough, this time he came home as a kitty satellite dish: 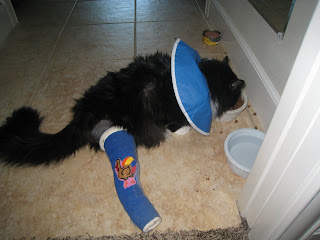 This time his normal good humor had finally run out. I'd saved the blocking of WIP 13 for his return, 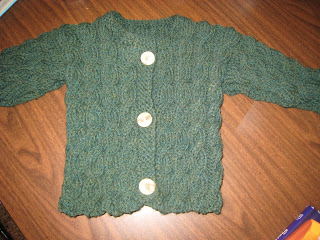 but he was having none of it 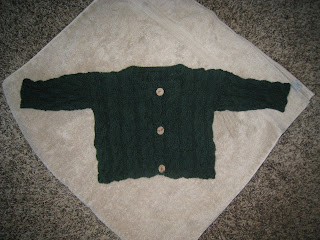 and I have finally blocked a sweater without any cat hair on it. Not that I blame him for being angry--I think the last round at the vet justified a seriously bad mood, but it also made him very restless, so he had to spend most of the day in kitty confinement: 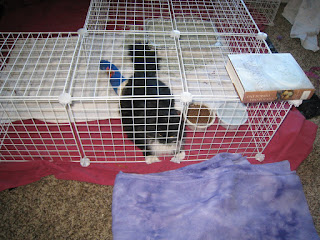 He has another appointment in 5 days to have the leg checked and get the cast replaced, and we're hoping to be able to give him a little more freedom soon.

Today he's been in much better spirits, and enjoyed several long snoozes on our bed: 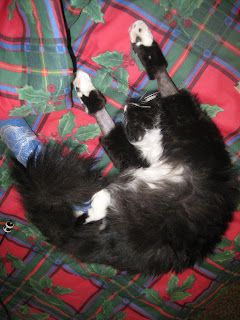 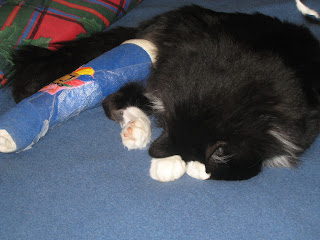 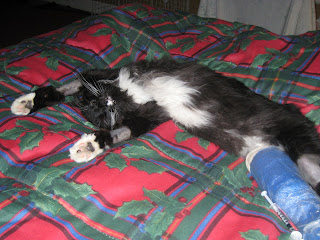 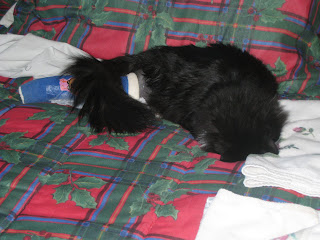 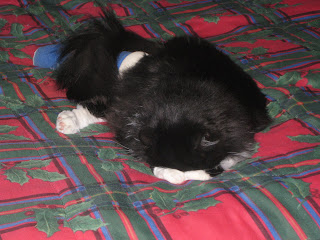 while Andy & I took turns supervising him. He's not allowed to jump up or down, so someone has to be around to stop all jumping attempts. My supervisory time that wasn't spent rubbing Theo's tummy or brushing the knots out of his fur was spent with the baby aran sweater: 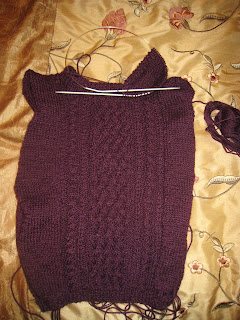 The front & back pieces are done & sewn together at the shoulders, and I'm just binding off on the collar. I'm going to cast on for the sleeves tonight if I have time--could this be WIP #14?