My time this weekend is still being mostly consumed by those stupid tomatoes which seem to magically replenish themselves each night, but there have been occasional craft-related breaks. I finally washed and blocked Andy's sweater, 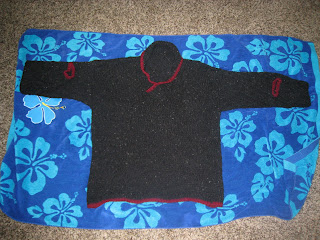 without the help of Theo, who is now on strike for a bigger by-line, fame having completely gone to his head, 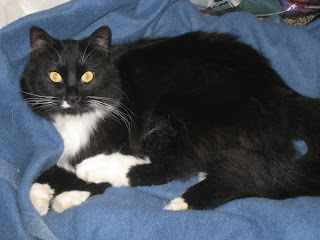 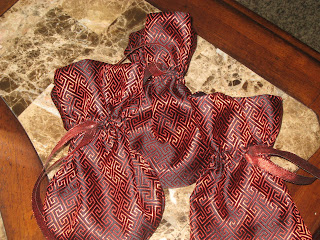 even if it doesn't photograph very well. Then I spent a little time with the baby aran sweater, 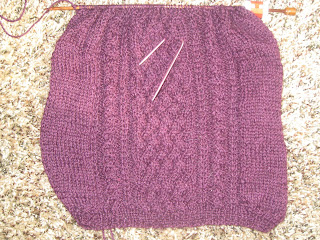 which will eventually be a gift for some close friends when they have their first child. They aren't actually expecting yet, but I find it best to get a jump on these things.

I also assembled some wire shelving in the sewing room 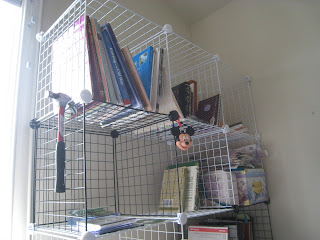 hoping that if I look organized I might actually be organized. It's a long shot, I grant you, but I find optimism much more inviting than realism. I have magic tomatoes, so anything is possible--at least in my world.